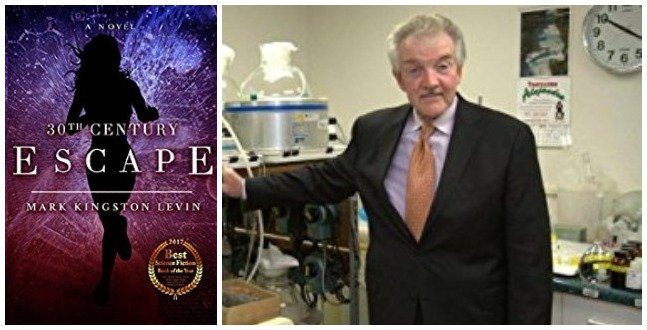 Captain Jennifer Hero is leading a task force from the thirtieth century on a one-way trip to the Diversion Point. Their goal is to plant a virus that will disrupt the genetic tendency toward sociopathy among the Syndos. After an intense attack on their remote South Pacific island base, Jennifer sends her colleagues back 300 years. But she does not go with them, opting instead to travel alone back to 2015 to grieve the loss of the love of her life, the time machine’s inventor, and to find herself.

After months spent alone on the radioactive atoll of Moruroa, Jennifer is rescued by an amphibious aircraft, piloted by a marine biologist and his crew. History sources she studied left out much about twenty-first century culture, causing culture shock and conflicts. She struggles to hide her superior intellect and nanotech-enhanced abilities.

Among these ordinary humans she is as alien as the Syndos are in her native century. Her attitude toward sex diverges totally from theirs, for a start. So much so, it raises a question mark over whether she can even survive in 2015.

Best Science Fiction Book of the Year. 2017 IRWIN Literary Award in this category from Book Publicists of So. Calif.

I awarded this book a 5 star review because it pulled me into the author’s imaginative world and left me at the end screaming inside for more. I am now waiting impatiently for the second book to be released the way a child can not contain their excitement for Christmas to arrive. My applause goes to Dr Levin and his creative style of blending hard science with sci-fi fantasy, which works well to give this tale a genuine quality and aids in allowing a mind opening experience. I admire his characters for being both 3 dimensional and believable. Furthermore, I find that I’m hooked into their humanity; their dramas, loves, and lives. I’ve come to care about these characters and what fate holds for them.

I wholeheartedly recommend this book to any fan of sci-fi who enjoys adventure, time travel, romance, and secret agents. This book has it and you may just find yourself longing to explore the islands and places Dr. Levin writes about in it’s pages. Bravo!

Dr. Levin was born and grew up in Vermont with many winters spent in Florida as a child. As a teenager, he wrote poetry, served as a lifeguard and played football. He currently enjoys sailing, exploring underwater caves, snorkeling, writing science fiction and other pursuits. After working on the Apollo and Mars projects, he decided to return to school to study under Nobel Laureate Paul Dirac obtaining his Ph.D. in 2.5 years. Dr. Levin founded two companies and served as a science advisor to President Ford. He has published over 44 times in the scientific literature and was awarded over 32 US Patents. The science fiction writer is now emerging with his first work a trilogy entitled, 30th Century; the first book is 30th Century: Escape.

30th Century: Escape – Best Science Fiction Book of the Year. 2017 IRWIN Literary Award in this category from Book Publicists of So. Calif.