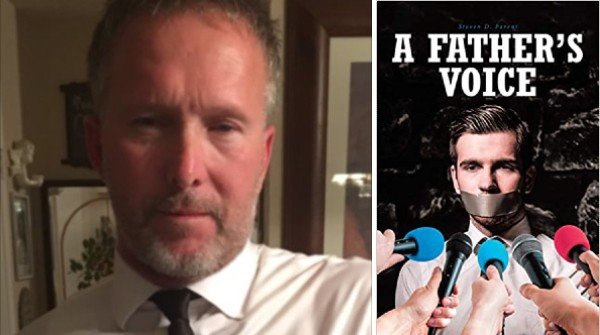 When Michael Bishope learned he was going to be a father for the first time, his lifelong dream was about to come true. Due to a tragic accident, Michael lost his family as a child, and Michael dreamed of one day having a family of his own. Now that his wife is pregnant, he just couldn’t wait. Michael was walking on cloud 9. But soon after he learned of his wife’s pregnancy, Michael was hit by a harsh reality; that his wife wanted to abort his child without an explanation.

Michael was beside himself with worry and stress. He loved his wife deeply, and for the life of him, he just couldn’t figure out why she wanted to abort his child. At the suggestion of his closest friend, Michael decided to take his wife to court to stop her from having an abortion.

Fighting for the life of his unborn son, Michael Bishope fights more than just his wife, the courts system, and the world media. It was a fight that he just wasn’t ready for. Nobody would ever be ready for a fight like this.

When Susan Bishope learned she was indeed pregnant, the life she thought was once buried long behind her came rushing back and brought with it the many altered personalities she once used as a safety mechanism just to survive as a child and a teen. That was until she made her grand escape and buried her past tormented life behind her. She ran as fast and as far as she could and created a whole new world and life for herself. A life that would be pain free with no more abuse, a life that had a future that was far from the place from where she came. But when the one thing she was warned against, the very thing that could threaten any dream of a new happy life confronted her, she knew nothing could stop the events that were to be unleashed onto her new life of happiness and love. In her mind she knew she could never truly be happy anymore, not after this. She knew there was only depression, agony, and at worst case scenario even death for her ahead. Why did she let the one thing happen that she was repeatedly warned against? If she could have only listened, she could have led a long happy life with her new husband she loved so much. Her overall outlook now was very bleak and for good reason.

During her last court appearance, Susan has a conversation with a friend who isn’t actually there. She had her one-sided conversation in front of her husband, the lawyers, the judge, and the world media. The judge became irate and ruled against her in Michael’s lawsuit.

In a bittersweet moment, Michael felt victorious, but now he must find the answers to the confusing unanswered questions that are lingering and driving him crazy. In order for him to raise his child, he must cut through the lies and find the answers his wife never told him about. And now on his own, he begins the journey of finding the answers that tore his world apart.