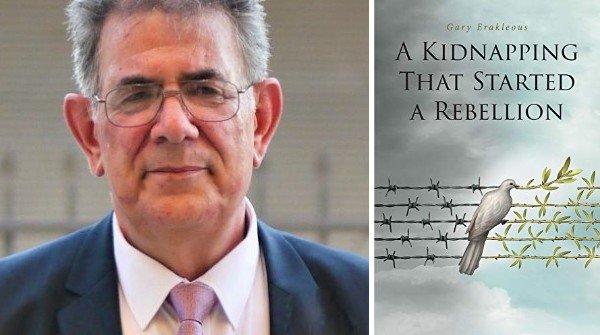 The kidnapping of an American mother and three children spark heroic events aimed at freeing them from their captivity. The inability of the authorities to help him out leads her husband Philip to take on the challenging task of finding them. The only ones to support him in his struggle are his loyal friends and two conflicting groups, who express the opposing opinions of the islanders toward the hostilities between the two ethnicities on the island.
The protagonists’ actions trigger political repercussions that become the precursor to a dynamic uprising of the people against the status quo of war and hate. The people reject their passive role and resolutely raise a rebellion for the unification of their torn-apart country, away from the political opportunism and deviousness of their leaders. By defending their ideal, they clash with the scheming, the unholy alliances, and the entrapments of the establishment that lead to a confrontation with the citizens who seek to decide their own destiny and to overthrow their rulers whose sole concern is to remain in power.
This is a captivating story about a world that seeks a peaceful solution to the continued conflict and an end to the intimidating political environment of the warmongers.
The book exemplifies an exceptional realistic narrative with dialogues and scenes that advance an intriguing development of the plot as it interweaves with thrilling action and adventure.