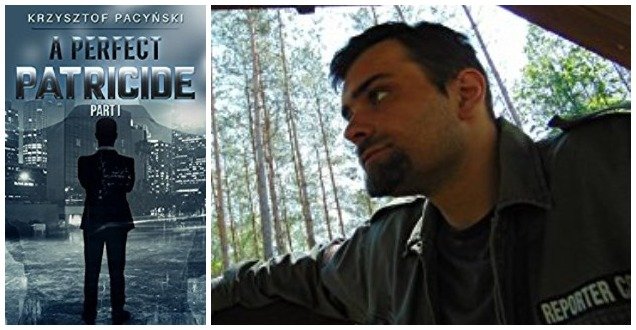 A fast-paced, yet complex, political drama with elements of historical fiction. The novel deals with a veteran United States Senator from Alabama running for President in the 1988 election. The scion of a historically powerful Southern political dynasty, Jefferson Dent, renounced Jim Crow early on and participated in the civil rights movement. Elected in an upset to the Senate in 1968 he gradually rose from his status as a loose cannon, thought by his peers as a one-term wonder, into a political powerhouse.

Despite his position, Dent is being increasingly plagued by his complicated and frequently tragic past, including childhood experiences, when the only close person to him was his illegitimate half-Black sister, military service as a Navy SEAL during the 60s, disjointed personal life and the fact he feels a constant need to prove to everybody he’s not his ancestors. His closest campaign staff is being drawn into this conflict, with all involved finding it increasingly difficult to balance the professional with the personal.

The subplots deals with the Senator’s family background, growing up in the Deep South during the Jim Crow era, his earlier political career as well as his clandestine military service in a fictional small European country named Mihraba.

Is it possible to reconcile with the past?
Available on Amazon

“A different perspective on politics”

I am normally not a fan of American politics, but this novel spiked my interest and was quite educational in helping me to see politics from a different perspective. Though there are grammatical errors, it doesn’t take away from the enjoyment in reading it. I look forward to reading Part 2 to see how the story unfolds.

One thing I’m really scared of is not doing stuff. And writing is by far my favorite stuff to do 🙂

Born August 15, 1988 in Warsaw, Poland. He studied at the Arabic and Islamic department at the University of Warsaw. A publicist and translator from English to Polish, he’s deeply interested in American political history.

He debuted as an author in the fifth elementary school grade as a columnist for a local weekly PASSA. Later he published several articles at the internet magazine Lewica.pl and weekly „Trybuna” (2013-2014).

“A Perfect Patricide”, written and published in English by the Royal Hawaiian Press is his book debut. Currently he is looking for a publisher for his book written earlier in Polish.

His late father, Tomasz Pacyński, was also a writer.