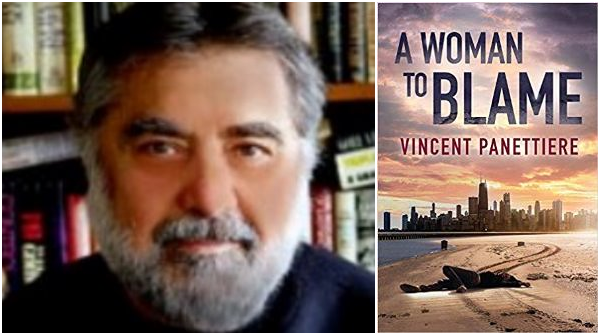 A Woman to Blame

Hours after a thoroughbred racehorse collapses and dies after finishing last in a race he was favored to win, his trainera young woman with a promising careeris found dead on a suburban Chicago beach. To the police, it’s a simple case of murder-suicide. But Mike Hegan, veteran police detective, refuses to believe the official story. Instead of retiring like they want him to, he embarks upon a search for the truth, and finds himself on a Caribbean island where scores are settledand lives are lost.Fans of James Patterson and other crime fiction writers will find a new hero in Mike Hegana detective who defies convention to make sure that justice is served.
Available on Amazon Barnes & Noble Kobo Booktopia

If you are a fan of novels that keep a good pace and also keep you thinking then A Woman to Blame by Vincent Panettiere will be right up your alley. The main character is Mike Heagan, tough guy cop whose career ends because of medical disability. His life was no cup of tea either. After announcing his engagement to his fiancé he loses her. He has substantial conflicts to deal with within in his family. And he’s a cop, it can’t get much harder. The story opens with Mike on a small Carribean Island investigating a homicide that he disagrees with the official ruling on. His quest for the truth takes him places from Chicago to the Carribean and introduces to characters from all walks of life. Even the small characters that we only see briefly are well developed and interesting. The characters are so engaging that I would love to see Mike Heagan as the center of a series. Well done.

Vincent Panettiere is the author of three other books: the award-winning and critically acclaimed novel These Thy Gifts; The Scopas Factor, another Mike Hegan mystery; as well as The Internet Financing Illusion, a look at the dark side of the Internet. To find out more visit www.vincentpanettiere.com.

Fans of James Patterson and other crime fiction writers will find a new hero in Mike Hegana detective who defies convention to make sure that justice is served.