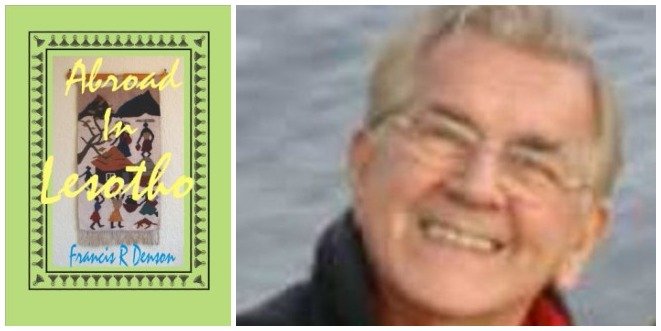 This book describes some of the experiences of the author during his six or so years living in the small mountain kingdom of Lesotho, when he was working there as a Technical Cooperation Officer on behalf of the Overseas Development Administration of the British government.

It is not intended to dwell on the many cultural differences and similarities between Lesotho and the United Kingdom. It does, however, describe some intensely human events in which the author was involved and, in that respect, it provides a collection of interesting and often humorous personal anecdotes which, though based upon his own factual experience, are in many respects remarkably fiction-like in their content.
Available on Francisdensonpublications

Francis R Denson, is a retired Chartered Engineer who graduated in Civil and Structural Engineering from London and Dundee universities. He also qualified as a teacher. In the UK he was engaged in both the practical and academic aspects of building and civil engineering construction but, having spent about half of his working life in African, Middle East and Asian countries, has had the opportunity to expand his professional activities in several other fields.

He has been variously engaged as college principal, government training advisor, training management systems analyst, computer programmer, translator, instructor in English to foreign university academic staff and as compiler of crossword puzzles for a foreign English language national newspaper. His leisure activities include DIY and sailing.

ABROAD IN LESOTHO recalls some of the author’s more remarkable and personal experiences during the six or so years of his sojourn in the mountain kingdom of Lesotho where he was engaged as a Technical Cooperation Officer for the British Government. There is no claim to its value as a traveller’s guide or even a description of Lesotho itself. Nevertheless the author believes that the events he describes owe much to the fact that they occurred in Lesotho and, to that extent, have an intangible link to conditions of living in that delightful country.

The author has also published McGILVRAY’S ESCAPE & OTHER TALES a series of short stories; and X-WORDS which is a compilation of several of his separately published crossword puzzles in a foreign English language newspaper. These and other publications are described in detail in his web page www.francisdensonpublications.org.uk Further copies of Abroad in Lesotho can be purchased at: www.shieldcrest.co.uk/book_abroad_in_lesotho.html