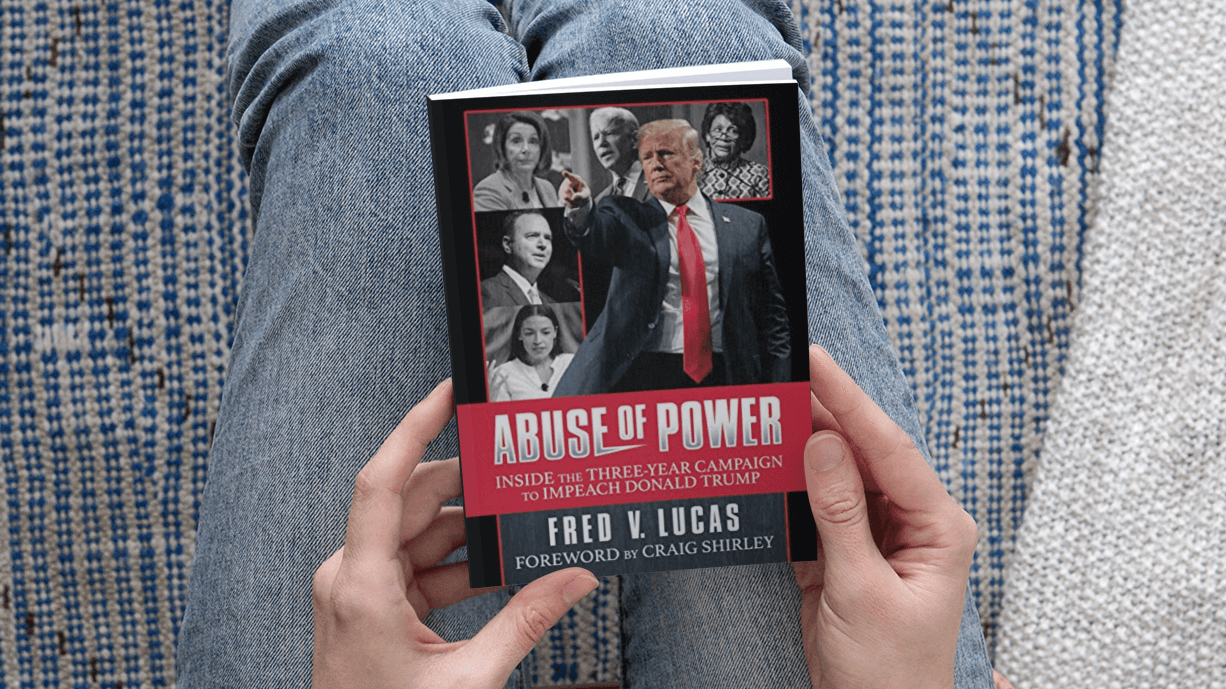 How a Biden scandal morphed into an attempted Trump prosecution

“Fred Lucas goes beyond the tribalism to the truth. There doesn’t need to be any partisan spin here, because the facts of the coup the Democrats attempted speak for themselves.” —Steve Deace, host of the Steve Deace Show on TheBlazeTV

Donald Trump’s enemies set out to remove him from office even before his inauguration, as career politicians and Washington bureaucrats proudly joined the “Resistance.”

Abuse of Power is packed with exclusive interviews from those inside the White House and on Capitol Hill, bringing you behind the scenes of the relentless efforts of the both government officials and some in the media, blinded by a narrative of Trump’s illegitimacy as president.

When Russia collusion and other assorted conspiracy theories collapsed, another pretext for ousting a president emerged. And it just happened to coincide with a key political interest: protecting Joe Biden’s candidacy.

“That the Left tried to undo the results of the 2016 by whatever means necessary is not in doubt. Fred Lucas reminds us of the dangers this approach poses to constitutional government as he dissects what President Trump has rightly called one of the greatest hoaxes in our history.” —Cal Thomas, nationally syndicated columnist and bestselling author

“A devastating and comprehensive takedown of Trump’s impeachment, and a thoughtful look at the historical context of past impeachments, with strong reporting and research to combat the Left’s inevitable rewrite of history.” —Sara Carter, Fox News Contributor, award-winning correspondent, host of The Sara Carter Show

“The attempted coup on President Trump is the biggest political scandal in our nation’s history. Fred Lucas pulls back the curtain in Abuse of Power. Many of the people involved thought they could get away with it… until now.” —Phil Valentine, nationally syndicated talk radio host and bestselling author

“Readers of mystery fiction may love a good ‘whodunit’ but readers of ‘history’s mysteries’ seek the when, why, and how. Veteran Washington journalist Fred Lucas offers this definitive account of the Trump impeachment, and in the process, gives us areal page turner.” —J.D. Hayworth, member of Congress from Arizona from 1995-2007

“Fred Lucas packs a powerful punch as he breathes new life into the very recent events that are apart of American history. His book is a must-read to understand why Democrats pursued an impeachment the country did not want and why Republicans stood by their man.” —John Gizzi, White House Correspondent and Chief Political Correspondent, Newsmax