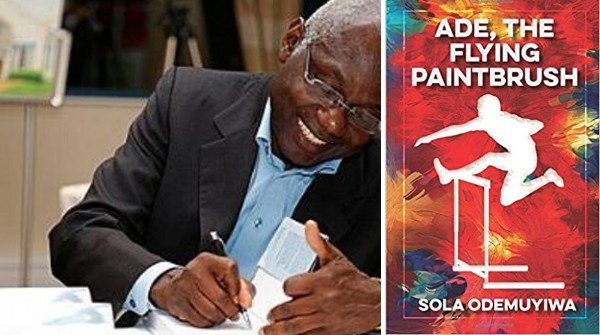 Ade, alias the Flying Paintbrush, Julius, Cufffingers, Marcus, is a champion hurdler with a scarred left foot. He meets Yeni, scion of the famous Martins family. To save the fledgling political and legal career of her raffish brother, Bola, she implores Ade to take the blame for an accident. Smitten and awe-struck, Ade agrees only to learn, to his horror, that a young girl died and that he, Ade, not Bola is a wanted man. Yeni helps him flee the country on condition that they get married. He returns to Lagos with a new identity, falls in love with Moji at work but he cannot leave the cruel and manipulative Yeni because the venal Controller, a greedy police officer who knows his secret, is blackmailing him.Could the mangled version of Ade’s oriki, his praise song, recited to him by his grandmother, Iya, hold the key to his freedom? Or is he condemned to a life of misery?