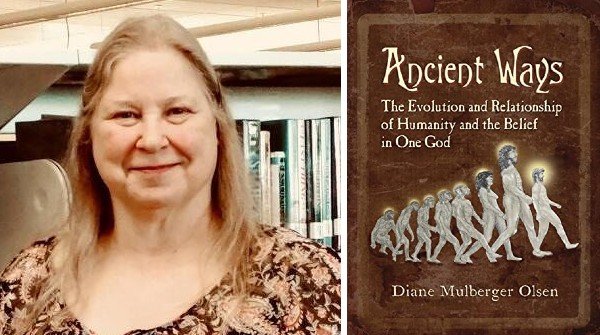 The Roots of Religion


In order to enjoy this book you may have to suspend current beliefs, since some of the concepts may seem quite foreign at first. What if monotheism always existed, and revelations were given to all human forms. There are hints to that effect. We should not assume primitive peoples weren’t smart enough to grasp the concept of a single Creator!


Too often we tweak religion to reflect our personal thoughts rather than dealing directly with the Word of God.  Monotheism, today is represented by at least nine living faiths, yet praying to God alone is not enough, for many. Instead we pray to Prophets, angels, saints, ancestors, deities, even the universe.


This creates a chain of “Paths” and “Ways” which become stained, over time, by human desires for control and material benefits. And as darkness and materialism overtake one Faith, another is born, through the intervention of the Holy Spirit, which is clothed in a different form, with a new name, and very familiar teachings.


Like the Tree of Life, monotheism can be visualized as a chain linking prehistory and history, entwined with human additions, wisps and twists that produce an undulating, ultimate Yin and Yang. This constant interaction of complementary, as well as conflicting, forces and energies, exhibits both organic unity and dynamism-even war. Those who suspect there is a unified core of basic beliefs, should enjoy Ancient Ways.

Hopefully you will find precious gems to take with you.

About the Author: Diane Olsen

Award-Winning Author Diane Olsen, a seasoned writer, began with a non-fiction book titled; “Ancient Ways: The Roots of Religion,” which won a bronze medallion from the Christian Illuminations Book Awards in 2017. Diane’s “Rising Wind” book series has also won several awards. “The Thunder Beings” was released in 2018. “Ice and Bone” and “The Weeping God and The Book of Hope” were released in mid-2021. “Weeping God” garnished her a second bronze medal win in 2021. Book four has now released in March 2022 titled “Like Feathers of a Wing: Deep, Informative and Pertinent.”

Three of these books earned five-star ratings from Reader’s Favorite, and in 2021, she received a second Bronze Medal from Christian Illumination for book three entitled; “The Weeping God and The Book of Hope.” Rising Winds is an excellent multi-cultural, cross-genre fiction read with a light Christian-themed, action-packed mystery thrill ride like no other! No matter their beliefs or cultural backgrounds, everyone will enjoy this ‘Indiana Jones style’ series, which rides a balance between science and religion. Diane shares how all of us, all of humanity, are connected as one. Her books are available on Amazon, Kindle, B&N, and many fine online bookstores.

Born and raised in Colorado, Diane is an Undergrad at Colorado State University Ft. Collins: Pre-vet med, Anthropology, then attended and received her BA and MA at the University of Montana, Missoula: Anthropology, Archaeology, and Paleontology. Diane has proudly raised two grown sons, Andrew and Gavin, has four grandsons, Dylan, Brayden, AJ, and Asher; when she is not writing, Diane enjoys spending time with her family, especially her grandkids. A few of her favorite books are ‘The Book of Certitude (Kitab-i-Iqan), The Upanishads, and The Great Initiates.’ She is currently working on the next book to her ‘Rising Wind’ series and resides in the beautiful Pacific Northwest of Washington State.