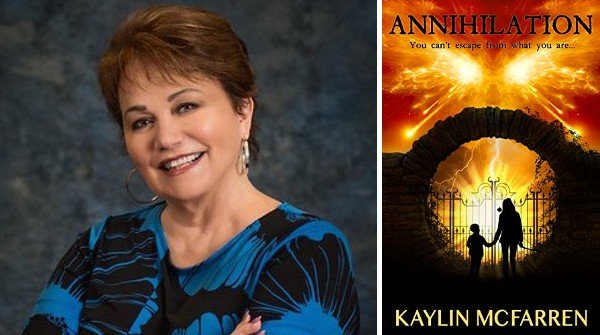 With the death of Lucifer, Queen Lucinda assumes control of Hell, ordering her soldiers to prepare for a doomsday war with Heaven. Craving eternal power, she devours the souls of gifted demonic beings, acquiring their abilities to destroy her perceived political enemies.

Meanwhile, the Black Crows meet with the Knights of Darkness in their hidden headquarters, plotting against Lucinda in their efforts to maintain peace and the balance of power. Consumed by hatred over Crighton Daemonium’s unrequited love, Lucinda is unaware of the secret conspiracy brewing, or that Lucifer’s spirit has returned to Hell inside the body of a soul–trapped demon.

Reclaiming his throne, Lucifer punishes his daughter for her act of treason. However, his obsession with Samara, Crighton’s beautiful daughter, leaves him incapable of controlling his stolen body. After forcing her into submission, he names Samara the new Queen of Hell yet continues his authoritarian rule. When an insurgency breaks out on Earth, he becomes distracted long enough for her to be kidnapped by Nexus rebel forces, believing her to be the prophesied savior of their planet.

Is Samara the Phoenix, destined to destroy Lucifer? Or is she his soulmate and the true Queen of Hell?