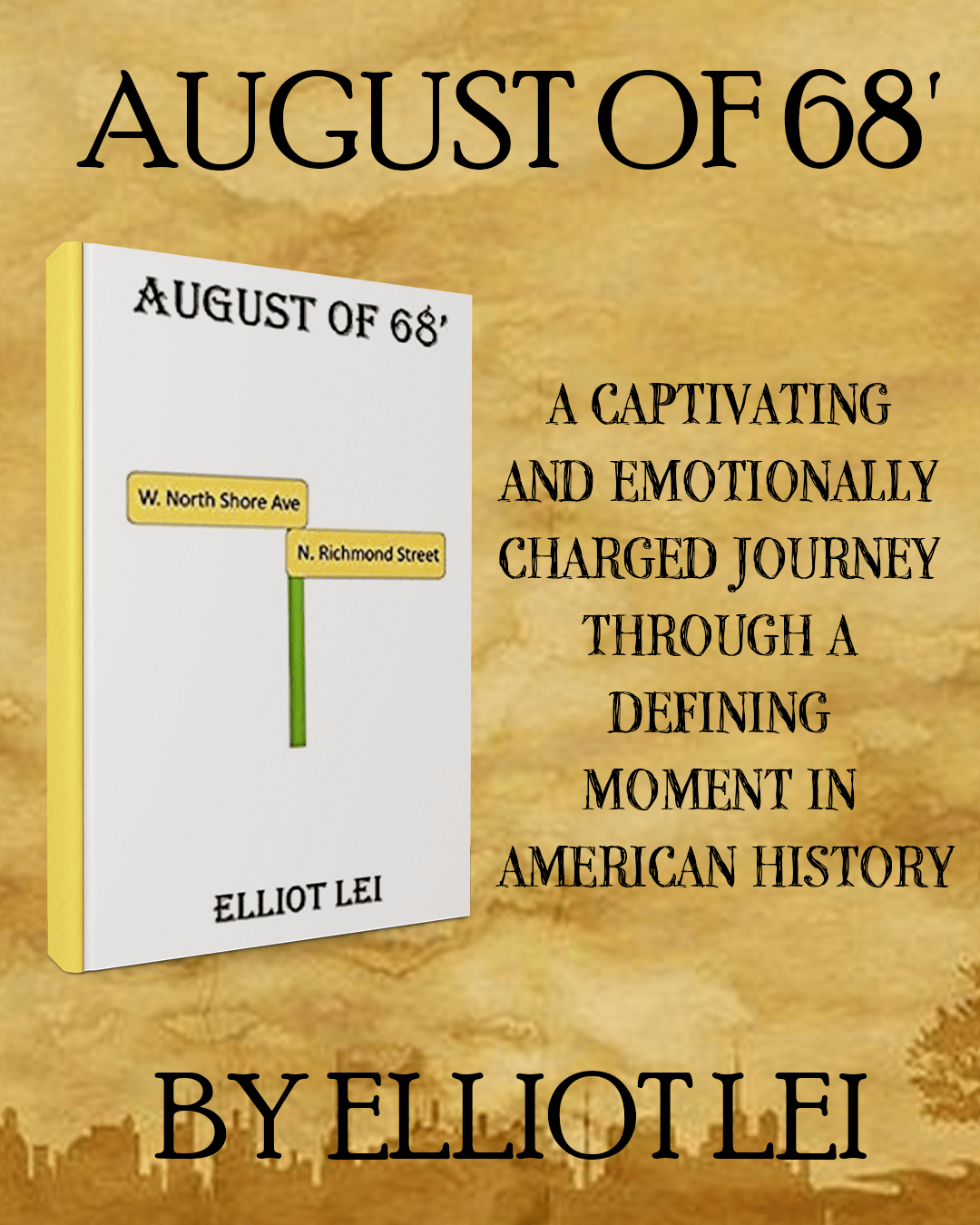 Do you remember one of the most turbulent times in our nation, 1968?

Do you remember one of the most turbulent times in our nation, 1968? Martin Luther King and Robert Kennedy were assassinated. The Vietnam war and the riots culminated in the August 1968 Democratic Convention in Chicago?

Chicago native, Steve Kaufman, a well-off first-year college student, meets Lily Stibic, a girl from a different world, socially, economically, and politically, at a summer school class. They fall in love. It’s a time when those things matter, religion, class, politics. Lily wants to demonstrate during the convention and, at first, Steve is not into this. He is conflicted about participating. But he loves her, and he tells her he’ll go. His motives are purely to protect her.

Steve and his best friend Jeff Hirsh are in a garage band with two other friends who are best friends, Tom Tavasoli and Kyle Martin. Tavasoli wants to fulfill the wish of a dying uncle to rob a check cashing company that he used to work for in the city during the convention in late August, figuring all of law enforcement will be preoccupied. Steve and Jeff always talked about committing the perfect crime, so they are intrigued. But will they go along with something that could ruin their futures?

That summer Steve finds his footing in his adult life, solidifying his own beliefs. The turmoil of the times forever changes him with a new sense of justice and purpose. What follows is exciting, heartbreaking and life changing.

About the Author: Elliot Lei

Elliot Lei is a real estate executive with two prior nonfiction books. This is his first work of fiction. He lives in both suburban Chicago and Dallas. He is a big sports enthusiast and especially loves baseball and football. He is a huge fan of trains and loves the American West.

This is the first book in a series, two more are planned:

And email him at: elliotlei063@gmail.com.