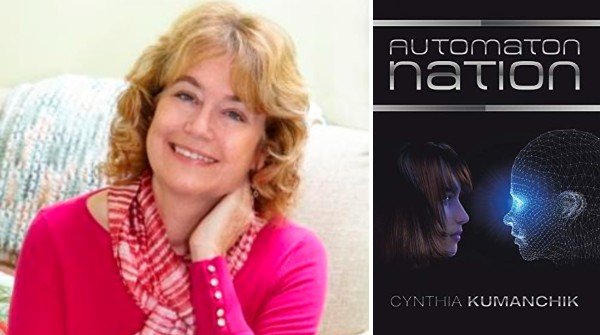 Automaton Nation is perfect for fans of Twilight and Hunger Games, where the stakes are high, love is unexpected, and characters survive in a dystopian world. Val Tate, daughter of a prominent scientist, falls in love with robotic Dat against her parents’ objections.

Dat, a Model 500, makes his debut as a chef for the Governor’s Gala. An elite group has gathered to hear Dr. Rod Tate, creator of the Genealogy Project for Robot International. Fused with the brains of the world-renowned Tony De LaFleur, Dat is quickly purchased by the influential Landers.

Robotic terrorists break past security and descend with drones, killing many guests. Dat finds a wounded Val and rescues her from the mayhem, and they are attracted at first sight. The robots’ rebellion pushes the couple closer together as they join their cause. Sparks fly between the two as they realize their love is real, although forbidden. As Dat’s celebrity as a sous chef grows, Val’s desire to become an activist for the robots, causes her to see the world differently. But their world is disrupted as the unthinkable happens, and their lives are forever changed.