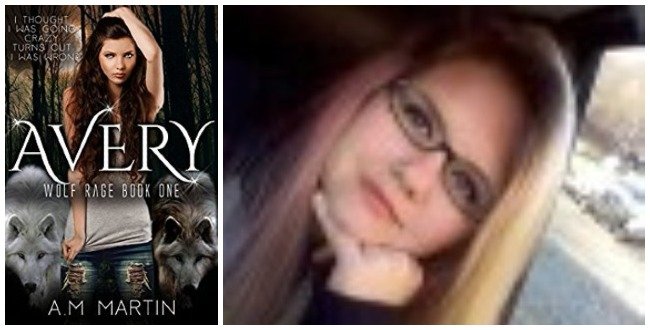 After witnessing the aftermath of her father’s gruesome murder, fifteen-year-old Avery was forever changed. Her inner sight once dormant, swelled like a cresting wave, sending her into a tailspin and eventually landing her in the care of a psychiatric institution. “Cured” and released from Green Bier two years later, she finds herself in her uncle’s custody. Only then does she begin to question her diagnosis and discover what she dismissed as madness may be something else entirely.

Dark, broody Kayden has become reckless with the Rage constantly snapping at his heels. His only goal is to find an Empath to form the em-bond or risk being stuck in the Rage. A wild animal forevermore.

After a five-year, long war against his Mother’s Empath. Dean disbanded the Court of Wolves and let the Rage consume him centuries ago. The only thing he’s ever known is to hunt, run and sleep. That was till he smelled winter in summer. Till Avery.

–This is not a love triangle. It’s a relationship involving one female and two males.
Available on Amazon


OMG!!!!! I couldn’t put the book down when I started. I am so in love with Avery. I am so looking forward to book 2 I can’t wait. I highly recommend this book and author to everyone I loved it.

A.M Martin or known to her family as Ashley Marie grew up in a small town of Spencer, WV.  She moved to Reedy and now has a loving family of her own.  It wasn’t till she was pregnant with her first child that she found her love of books, seven years ago. Thus her imagination came alive in the form of words.  She wrote on and off through the years but didn’t really start writing until three years ago where many worlds have come alive since then. Her first published book is Ignis: Elementum Novel where a young girl finds everything she believed in turned out to be lies. A world of fantasy filled with twists and turns. Powers and answers. She is currently working on book two and a shifter romance.