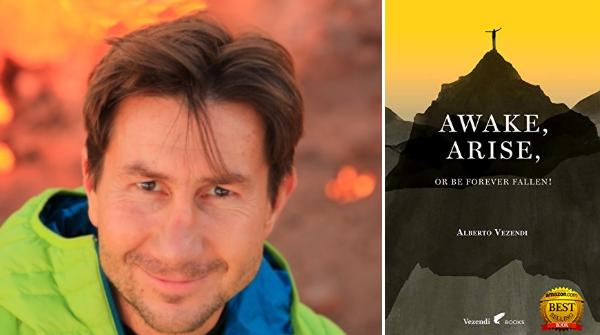 This book carries a message of hope for all: that a better life is possible, regardless of your situation, and that you already have everything you need to live it. It’s all there in your mind.

With this book, the author seeks to inspire readers to be themselves, take control of their lives, and live a purposeful existence, instead of living at the mercy of other people’s wishes.

However, none of that can ever be achieved until we learn to see our real self, and ultimately accept ourselves as we really are, and not as others expect us to be. Page after page, readers will witness the fall, the awakening, and the rise of the author, and join him in his inspiring journey from self-destruction to self-actualization.

After twenty long years of keeping it secret, the author reveals his painful personal experience as a young anorexic male in the hope that this will help readers avoid falling into a trap created by their own mind. He also shows us that, even in our darkest moments, there shines an inner light that can guide us to happiness.

That light within is called life, and it’s the only light that can guide us to happiness. But it’s a light that can only shine in the present, and this book is a challenge to live fully that ephemeral moment we call “now” in which your entire life takes place.

“I went from having a carefree joy-filled life to falling into the depths of intellectual and physical misery, where death became my only companion, and then rose from my own ashes to become a better person than I ever was before.

For twenty years, I rode on a fairly tolerable rollercoaster of elation and melancholy. But one day something went wrong. I flew off my seat and began to plummet into the darkest abyss of my mind on a freefall of anorexic self-destruction. The disorder dragged me into the depths of abject misery, until I hit rock bottom. That was the turning point: I had to choose between construction and destruction, between living and dying.

I chose to live.

Imminent death brought me back to life and also lifted the veil from my eyes, exposing to me my real self. I had to accept that the pathetic anorexic living corpse I saw before me was no one but myself. Not the false attractive image of myself I was imagining through the lens of more than twenty years of unremitting conditioning, combined with the much deeper distortion caused by anorexia, but my real self at last.

Accepting myself as I really am meant the beginning of a new life — the first step in the long journey to rescue the wreck that I had become, rehabilitate it into a man, and rise to a new existence of conscious bliss.”

There’s no better time than now to break the spell that binds us to a life of zombie-like aimless roaming, like animated corpses; no better time to tear to pieces the bandage that blindfolds our eyes, preventing us from seeing the paradise we’re living in; no better time to start living the life we were meant to live: a life of freedom, of bliss, of self-realization.

The decision is in your hands. Follow the illuminated path laid out in this book, and start living the life you desire and deserve.

The magic is in you: just open your heart and you’ll see it.