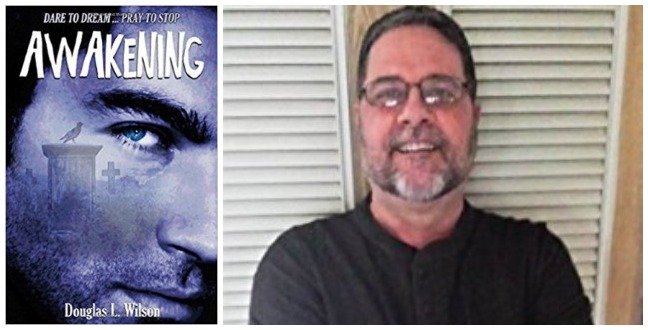 All souls feed the fire. Special Agent Ted Kelwick is a man divided, a tortured soul playing both sides of a dangerous game. In this sequel to Affinity’s Window, old enemies re-emerge to carry on the deadly bidding of their dread master, and to conquer the mysterious power they sense hidden deep within Ted. The Pez, a notorious serial killer that escaped capture, a murderer whose heinous crimes against humanity sent Ted’s life into a downward spiral, has returned to kill again. Ted soon discovers that the Pez’s strings are being pulled by another, that his bloody killings are part of an ages old ritual to enslave human souls. Drawn into these ritualistic murders by the serial killer’s puppet master, Ted fights for his very survival, and his sanity, as the ancient power that lies within him begins its awakening.
Available on Amazon

“It is a promise for the final sequel”

Five Star Review on Amazon by U. Visser

After reading Affinity’s Window, I needed to know what came next.
In Awakenings Douglas takes some time to build up the characters, which is done really well.
Once I got to know them, the story deepened, and darkened.

I loved this book, in which friends and foes have some rough times. Although it didn’t scare me as much as Affinity’s Window, I find this book much more layered. What looks like an investigation of a gruesome murder, turns out to be so much more. The build-up towards the end… is a promise for the final sequel!

Born and raised in Northern Virginia, I’ve spent over 35 years in the construction business as a mechanical contractor. Forced from the industry by health concerns, I’ve spent the last six years following my true passion, writing. I’ve always been a storyteller, just ask those closest to me and watch for the eye roll, but I’m finally putting down on paper what’s been trapped inside me these last 57 years. I enjoy reading supernatural thrillers above all else, and we can blame The King for that, so that’s the genre in which I work. I hope you will give my rough style and layered plots a chance. Let me tell you a story.