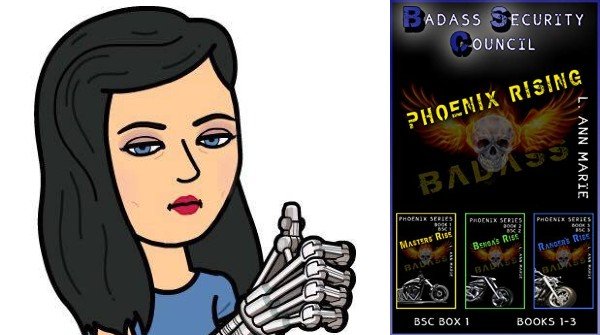 BSC Box 1:
Master’s Rise: Badass is back with a vengeance with Cort Masters leading the pack. His adamance at living Badass comes at a price. He walked away from Brothers who betrayed that Badass upbringing only to find hidden agendas and misunderstandings kept him away from those Brothers and his Presidency.
Benga’s Rise: Raid is a character and a half. Hiding shit from Cort cost him time and respect. Getting back to good with his Brothers, Raid realizes he’s lonesome. All in is forever, he doesn’t want to screw that up. Taking the long is not how his Brothers find their women. Raid has the time.
Ranger’s Rise: Ranger has been disconnected for far too long. Freedom then the Alpha-Bits catch his attention. Getting shot by Hade, hit by a flamethrower covering Cort and engineering for the ‘magic car’ ride does not prepare him for the Hat Dance. Anton does help.