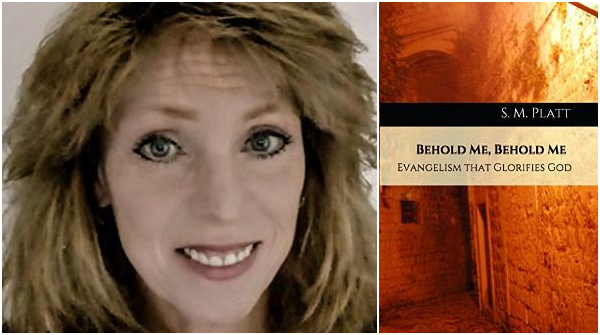 Does Our Evangelism Glorify God?

As God’s chosen people, the Jews were to obey all that he commanded, and in so doing, glorify his name to all the world; but they would not. Instead they shamed his name by their wicked disobedience.

No matter how many times God reached out his hand of mercy toward them, revealing more of his goodness and love, they would once again turn a blind eye to him, stopping their ears, and refusing to hear or obey him. They honored him with their lips, while their hearts were far from him.

Is it any wonder God tired of offering himself to them?

Because of their disobedience, God’s divine judgment fell upon them. He gave them the spiritual blindness and hardness of heart they had been practicing for so long. He blinded them and would now provoke them to jealousy by offering himself to a people who were not his people, the Gentiles.

“I am sought of them that asked not for me; I am found of them that sought me not: I said, Behold me, behold me, unto a nation that was not called by my name. I have spread out my hands all the day unto a rebellious people, which walketh in a way that was not good, after their own thoughts…” (Isaiah 65:1-3)

God, in his desire to reconcile man to himself, said “Behold me, behold me,” and showed himself to the entire world in the flesh as Jesus Christ. God became man and dwelt among us so that the entire world would see him and be drawn to him; all but the Jews, that is. Because of their disobedience, they would be blinded, so that seeing Christ, they would not be able to see who he was. Hearing, they would not hear or understand the message of salvation.

God now calls the Gentiles to be his people, to glorify him and carry his message of reconciliation to the rest of the world. Although we are not under the law as the Jews, we are called to be holy as God is holy, a set apart, peculiar people, who will glorify his name. As the church, we are now called by his name and commissioned to carry the message of salvation to all the world, including the Jews!

Are we leading others to behold our great and holy God, or are we merely encouraging lip-service?

Are our converts glorifying God? The apostle Paul was concerned with how his converts were living as Christians. He admonished them to be holy as a chaste bride for Christ. Are we doing likewise? I think we must admit that we are not, because many of our converts never join themselves to the church. As a matter of fact, most are never even seen again.

Our converts are most often, in word only. If we are going to be honest, the only ones they glorify are the soul-winners claiming them; yet we act as though we have done our duty in making converts such as these.

We offer to God, not our best efforts, not the cream of the crop which we have diligently sown, watered and brought to harvest, but our withered crops that will not bear fruit.

We tell our converts that they can become the sons of God if they will “accept Jesus” through a Sinner’s Prayer. They willingly take us up on that offer, claiming heaven as their prize, but they will not honor God as their father.

“A son honoureth his father, and a servant his master: if then I be a father, where is mine honour? and if I be a master, where is my fear?…”(Malachi 1:6)

How can we expect God to be pleased?

Not only do we claim that every one of these who will not honor God or serve him is yet good in his sight, but we strengthen the hands of the wicked to do even more wickedly with an assurance that they are now saved eternally.

It’s time for a change! The sinner’s prayer is no guarantee of salvation. It’s time to put aside our evangelism traditions and man-made gospel and get back to the truth of the Bible. In Behold Me, Behold Me, you’ll see where we’ve gone wrong and how we can truly glorify God through our evangelism once again.
Available on Amazon Goodreads