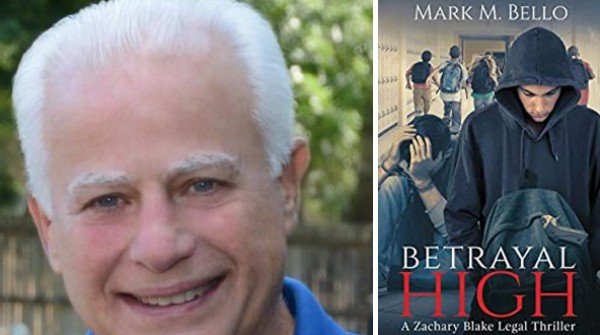 What does a kid do when it just won’t stop?

Kevin Burns has had enough. Today, the bullying stops. Today, he has easy access to his father’s gun cabinet. Today, Kevin exacts his revenge.

Where are you?
English class.
Stay there. Someone has a gun. Lock the door.

Bloomfield, Michigan, an affluent Detroit area suburb, is home to trial lawyer Zachary Blake. Other school districts envy Bloomfield, that is, until Kevin Burns commits shocking, all too familiar, acts of senseless violence. In the aftermath of the tragedy, everyone wonders ‘why?’.

Zack Blake seeks answers, justice for the victims, including his own son.

How does a kid get a cache of weapons?

The sellers are politically powerful and cover up their role in the bloodbath. The 2nd Amendment protects them, doesn’t it? And President Ronald John, Zack’s old nemesis, is a friend.

Can powerful evildoers be brought to justice? Can Zack expose a dark web weapons conspiracy and the abuse of absolute political power in court?

How does a broken community heal?

In Betrayal High, a Zachary Blake legal thriller, award-winning author/attorney Mark M. Bello answers these questions and more in this fifth installment of what many readers are calling the country’s best courtroom drama series. Prepare to get Betrayed . . . again.