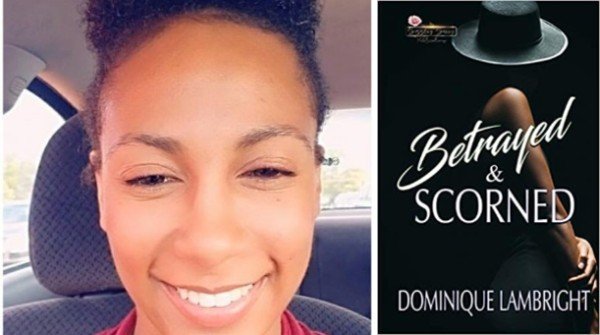 Being a lawyer isn’t easy, and if anyone tells you that it is they might have been sent from the Devil.Tyrone has been a lawyer for a few years now, and the cases seem to really be hitting him hard, one inparticular. The pressure to stay top dog at his office and keep his long-time girlfriend turned fiancé,Shaunda, happy becomes a lot on him. It leads him to a stream of sexcapades that he soon regrets.Just when Tyrone is finally making the right moves in his relationship, things take a turn for the worse.He didn’t realize the magnitude of what that one day at the park would unravel. What he didn’t knowabout his soon to be wife will determine his next move. Is he shocked by what he didn’t think she wascapable of? Is there regret for not seeing or remembering their past? But, when she finds out what hedid, will it even matter? Will she even stick around to ask for forgiveness?A compilation of short stories surrounding Tyrone’s sexcapades and experiences that ultimatelyintertwine with one another to create a mysterious, yet tantalizing, tale of betrayal and surprises thatyou will not see coming.

Tyrone... what in the entire tarnation! But let me say... At first, I wanted to strangle Tyrone for what he was doing to Shaunda. He had a good woman at home that he just for, whatever reason, could not be faithful to. And I still stand on that. However, Shaunda was crazy as all get out. Who in the HECK goes to the extent of what she did to ensure a non-existent relationship doesn't come to fruition! Or was it non-existent? Certain keywords made me think, at first, LaChelle and Tyrone indeed had something going on to make Shaunda flip the way she did, although when she explained the situation to Tyrone, it seemed as though it was innocent. What I do know is how you get a person is how you lose them. Although Tyrone faced his karma for what he did to Shaunda, she definitely faced her karma as well. Great job, Dominique. My first read by you but it will definitely not be my last!

Dominique Lambright is the owner of DML Editing & Writing. She is in control of all operations as far as book editing, book formatting, coaching, blogging, ghostwriting, document editing, creating lessons, as well as all website and social media aspects. I have two beautiful daughters who keep me focused and help me strive to keep working at being a better person. I do everything for them and our future. I have been writing for as long as I remember. I have loved words since I first learned how to write in Kindergarten. Writing has been a consistent hobby turned career choice. I wrote for fun up until about 10th grade in high school, that’s when I knew that I wanted to become a writer professionally. During 2014 is when I became more serious about it and tried to get clients outside of college. It went well. I created an account on a site called Thumbtack and went from there. Many people needed the services that I offered, and I knew from there on out I was ready to become a professional business owner. In 2015, I moved away from Thumbtack a bit and officially created my website. I figured if I was going to do this, I was going to do it right. Ever since then, I have been happily continuing to build my clientele and business relationships. This is my passion ^_^.

Is there regret for not seeing or remembering their past

Dear Reader, author’s recently published book “Betrayed & Scorned” is now available on leading bookstores, get your copy now and help the author by writing a review of the book.
Available on Amazon
Scroll to Top