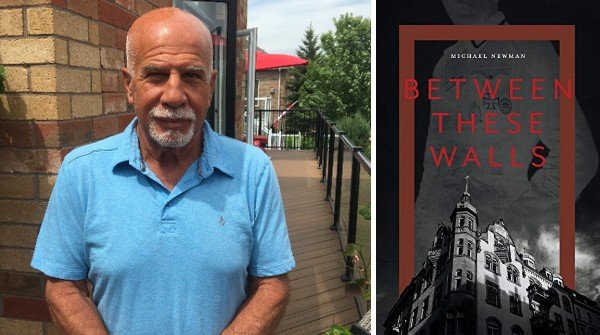 In the dying days of WW II on the American occupied side of Germany’s Elbe River, US Army Medical Corps Colonel Samuel Singer comes upon the shot-up wreck of a smouldering SS Staff car, with a badly injured driver, nearby a dead German Army officer carrying the ID of a Nazi war criminal, and a young blonde woman, also dead in the back seat.

Art curator Daniel Singer, the adopted son of Colonel Singer receives a mysterious package–a large brown envelope, sealed with security tape–from West Berlin. He can’t help but think that there’s something important within the envelope. But what?

Daniel’s quest to learn about the package’s contents leads him on a surprising voyage of discovery about his own roots, including an encounter with the Mossad, Israel’s top secret spy agency. As he searches, he unlocks the history and secrets of three families–one American and two German–following them through tumultuous times, from the dying days of WWI to the rise of Adolf Hitler, WWII, the Holocaust, the birth of the State of Israel and three Middle East wars.

As Daniel learns about duty, honour, sacrifice, and the familial ties that bind us all, he will be faced with a life-altering choice–and the opportunity to right the most heinous of wrongs.