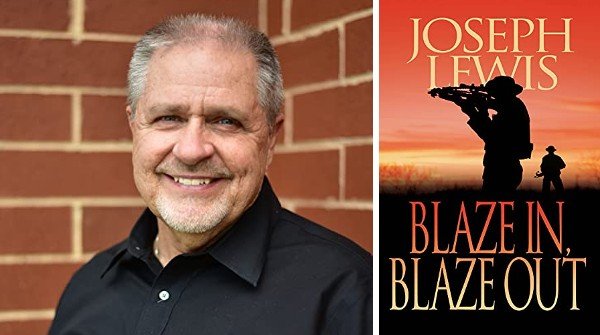 Blaze In, Blaze Out

The two detectives thought it was over, but it was only the beginning.

Working with a joint multi-law enforcement task force, Detective Pat O’Connor infiltrated a Ukrainian crime family headed by Dmitry Andruko. O’Connor and his control, Detective Paul Eiselmann, were the linchpins in the guilty verdict. The two detectives thought it was over, but it was only the beginning.

Eiselmann planned for a quiet weekend with his family at home. O’Connor planned on heading to Northern Wisconsin for a fishing trip with another cop, Detective Jamie Graff, and four teenage adopted brothers.

The quiet weekend for Eiselmann, and the short vacation for O’Connor, turn into a deadly nightmare as O’Connor’s and Eiselmann’s lives and the lives of the four boys are in peril.

About the Author: Joseph Lewis

Joseph Lewis has a new thriller/suspense book, Blaze In, Blaze Out as of January 2022 has won two awards so far. His previous novels include: Betrayed (November 2020) which has won a total of eight awards; Spiral Into Darkness as of January 2019 which has won one award; Caught in a Web (May 2018), which earned two awards. Previously, Lewis has published four books: Taking Lives, (November 2020) a prequel to the Lives Trilogy; Stolen Lives, (November 2020) Book One of the Lives Trilogy, which won one award; Shattered Lives, Book Two (November 2020); and Splintered Lives, Book Three (November 2020). Each book is in the thriller/crime genre, and each has garnered outstanding reviews. Not only is he an author, he is a story writer for Acorn TV. He writes a weekly inspirational blog, Simple Thoughts From A Complicated Mind, Sort Of located at www.simplethoughtsfromacomplicatedmindsortof.com . He has an author website at www.jrlewisauthor.blog .

Lewis recently semi-retired after 46 years as a teacher, coach, counselor and administrator. He is currently a teaching part-time as an online learning facilitator in a high school and resides in Virginia with his wife, Kim, along with his daughters, Hannah and Emily. His son, Wil, is deceased (July 2014).