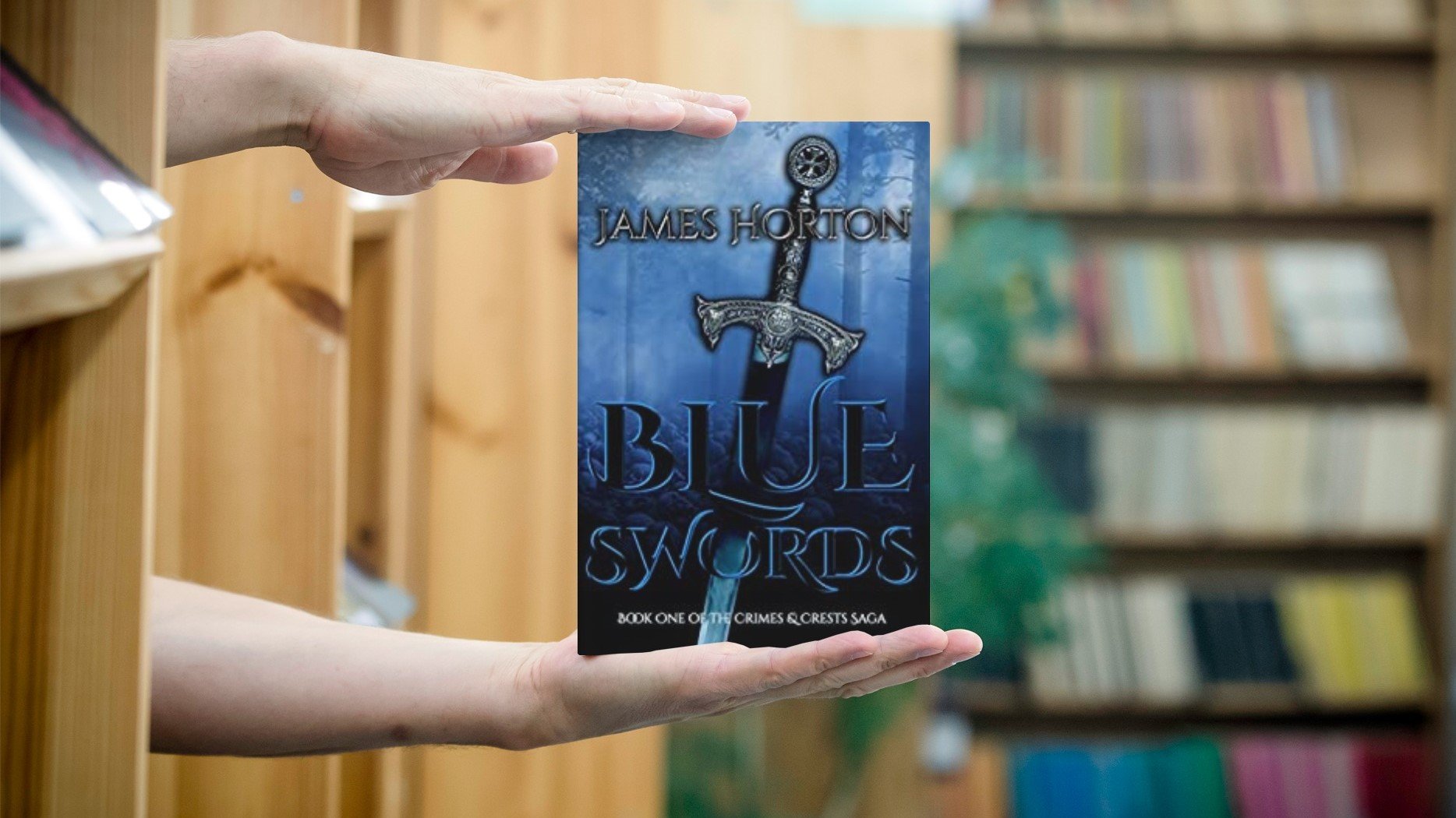 The year is 1411; Jep, a wandering peasant, has journeyed to the south in hope to break free from poverty.
On arriving at the vibrant town of Stanford, Jep witnesses what he perceives to be a brutal crime and bravely intervenes. Coming into difficulty, he is aided by a Blue Sword, a prestigious warrior, sworn to uphold the law. Inspired by the Sword’s abilities and social status, Jep goes to try-out and successfully passes to become a Blue Sword.
His first investigation unites him with the Baroness, Lady Ivy, who is desperate to learn the true fate of her missing father, Isaak. Jep reignites the stale case, and the relationship between the Baroness and Jep begins to fall on dangerous ground.
As the death toll rises, the clues dwindle. Jep will need to battle his self-doubt to discover the truth behind the corruption that plagues the town, and his fellow Blue Swords.