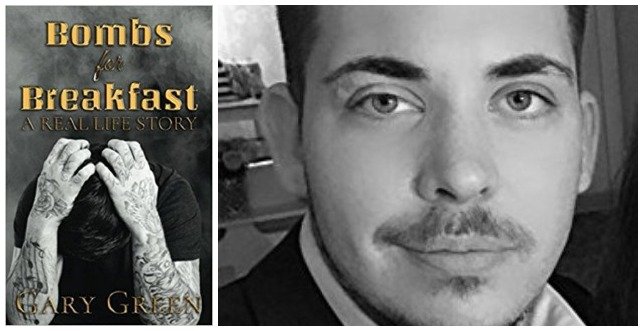 A no compromise, hard-hitting and gut-wrenching exposé of how young men are turned into killers in the name of Queen and Country. From war Hero to injured warrior, to suicidal drug addict, Gary Green gives us an insight into what happens to those who fight for us and then are left to deal with the traumas of what they have seen and done. Gary is brutally honest about what it takes to get along in Battalion life in the infantry and the true horrors of war, those that take place inside the human mind. From bonding acts of sexuality between comrades to soldiers callously, setting a canine corpse on fire, this book gives unprecedented access to the abusive culture that almost destroyed a young man. His ultimate triumph is a lesson for all of us, and especially for those who are in uniform and facing the same journey.
Available on Amazon

Gary Green joined the British Army as an Infantryman in the winter of 2007, he finished his Infantry training top of his platoon and was awarded the honour of Best Recruit being presented with the Baker Rifle.
He joined his battalion in 2008 facing challenging training to prepare him for war. In the summer of 2009 he deployed to Afghanistan to fight on the front line. There he faced the true horrors of war dealing with injured civilians and colleagues as well as daily fire fights with the enemy until he himself was blown up by two I.E.D’s.
Being left blind in his right eye from war and medically discharged from the armed services in 2010. In 2011 he was diagnosed with post-traumatic stress disorder and battled with drug and drink addictions until conquering them in late 2013.
In 2014 he had his poem PTSD published in the anthology of love, following that in 2015 he produced a video of the poem that reached over 250,000 people on social media. He completed his first book, Bombs For Breakfast in 2016.
He is now a Trustee and Board member of the charity Deptherapy, where he plays a part in rehabilitating veterans who have life changing physical and mental injuries. He is also a Padi Ambassadiver for the UK and ran the Virgin London Marathon in 2015 for Tickets for Troops.
In 2017 he was part of a documentary ‘Amazing Humans’ with BBC3, this was viewed by over 5.6 million people. He published his first book Bomb’s for Breakfast in 2018 and is currently working on his first novel. He currently resides in Banbury with his fiancé.

With thanks to Michael Terence Publishing