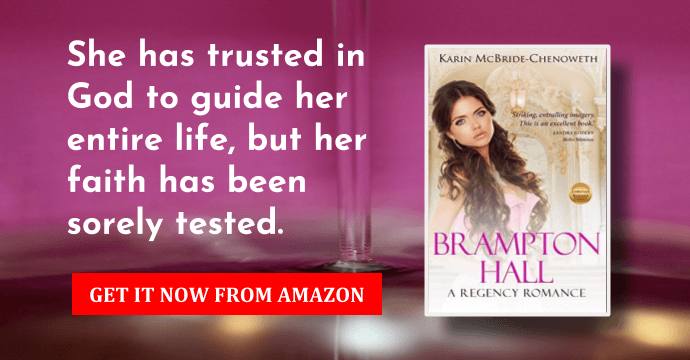 Louisa Medcalf despairs that her twenty-year-old daughter Maria will never marry – or worse yet, that she will marry a man below the family’s ‘to the manor born’ station in English society.

Maria, on the other hand, is determined not to marry just any man, regardless of his station. Her uncompromising stance that her future husband must also share her fervour for strict adherence to Christian principles is of paramount importance.

Edward Cavendish is a dangerous liaison but outwardly he is the perfect gentleman. Initially unimpressed by Maria, his attitude towards her warms somewhat when he learns she has just become an heiress to a large fortune and Brampton Hall – a property Cavendish has been struggling to buy for years.

James Gardner is a devout Christian and a wealthy landowner. He is besotted with Maria. However, Maria is cautious and wary of James because of her past experiences. During a ball to celebrate Maria’s 21st birthday, an unwelcome guest makes an appearance.

The unthinkable happens and Maria’s world is instantly thrown into disarray. She has trusted in God to guide her entire life, but her faith has been sorely tested.

Will she ever recover?

Or is it too late for Maria to ever find true love?
Available on Amazon Goodreads

Karin McBride-Chenoweth is a successful Businessperson, Award-winning Writer, Editor and Publisher of Christian and secular works. Her experience spans many countries including: UK, Ireland, Europe and USA. Karin is founder/editor of 3-in-1 The Voice a Christian E-zine, an author at GOD TV and a guest blogger on Anchoring Hope. An American citizen, she is married to David and has grown-up children. She lives and works in the United States.