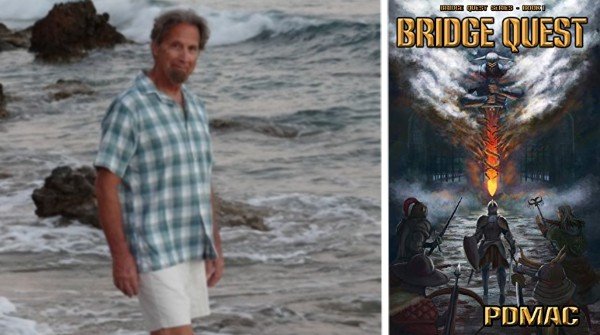 Karl is worse than a newb. He doesn’t even like role playing games. Still, they did give him a choice: totally immerse or die.

Now Karl is on his very first adventure into the gaming world of Bridge Quest. It’s a world so real that it’s hard to tell the difference between NPCs and the players; where tastes, smells, sounds and experiences are so vivid you forget you’re in an artificial world. Except for those pesky popups and stats charts, Karl discovers he’s having more fun than in real life. He even gets to kill orcs, gnolls, trolls, and goblins and then hang out with gorgeous women. And the best part is that he’ll never die… at least that’s what they told him.

Unfortunately, there is one significant drawback – there’s no coffee.