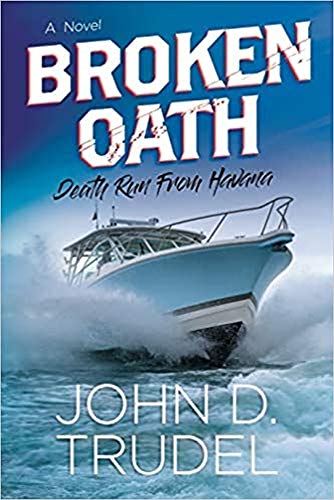 Don’t start this book at night if you want to sleep. It grabs you right from the beginning and races at breakneck speed right to the end. Even the machinations of the government are fascinating. Raven and Josie are just so real you have to keep reminding yourself that this is fiction although much of this is true sadly. The book is so timely to current events one wonders if John has a Josie somewhere around him. 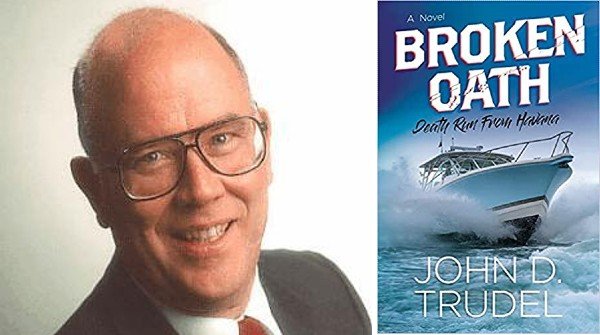 George Raven is a phantom born of myth.

He was fired with prejudice by the CIA for being too harsh with a terrorist. But there were others who valued his talents. They scrubbed his past, named him Raven, and put him to use against America’s enemies.

Available on Amazon
John D Trudel (Author)
I write Thrillers. My novels appeal to readers who like military action, conspiracies, hard-bitten protagonists, and American exceptionalism. Amazon prefers to characterize such books as “Political Thrillers & Suspense,” but my books have won top awards in other categories. Fans of Brad Thor, Brad Taylor, Vince Flynn, Nelson DeMille, Tom Clancy, Orwell, or Crichton should check them out. Readers can contact me on Twitter, Facebook, www.johntrudel.com, or my blog for real-world topics. If you like Thrillers, my newsletters might be of interest. Please sign up. Honest Reviews of my novels are appreciated! Thank you. John D. Trudel has authored two nonfiction books and seven Thriller novels: God’s House, Privacy Wars, Soft Target, Raven’s Run, Raven’s Redemption, Raven’s Resurrection, and Broken Oath. He graduated from Georgia Tech and Kansas State, had a long career in high technology, wrote columns for several national magazines, and lives in Oregon and Arizona. You can also get to that post by going to http://blog.johntrudel.com and searching for “Awards and More.” My posts about “censorship” are also popular, as is the one about “Eric Hoffer.” To see where my Thriller novels overlap truth, search for “is it real” along with the “title” of any one of my novels. THIS LINK IS MY MAIN AUTHOR’S PAGE:

As an inventor and an instrument rated multi-engine pilot, John has long loved aviation and technology. He had a pilot’s license before he had a driver’s license. He built and flew his own radio-controlled aircraft before they were called “drones” and programmed computers before PCs existed. He worked in High Tech for decades and had his own consulting firm. His popular blog — Freedom Writers — was selected by a Radio Host as one of the “top 8 in the Northwest.” It has a mix of information about both real-world events and novels. Some of his “guest posts” are from world-renowned experts. His twitter posts get over 10,000 impressions/day.

John’s novels have won major awards. Two were finalists for the prestigious Eric Hoffer award. Privacy Wars predicted the NSA, IRS, and FISA scandals, winning three Awards in the process and gleaning many media interviews. Details, links, interviews, and more is posted on John’s website. The first chapters of his novels are there too, free. Dr. Jerry Pournelle, the world famous SF writer and Star Wars scientist, described Raven’s Run as a “Thriller on the bleeding edge of reality.” Bob Dugoni, #1 NY Times Author says, “John D. Trudel is one of the best writers in the Thriller genre, with his own unique voice and style.”
Dear Reader, author’s recently published book “Broken Oath: A Raven Novel” is now available on leading bookstores, get your copy now and help the author by writing a review of the book.
Available on Amazon