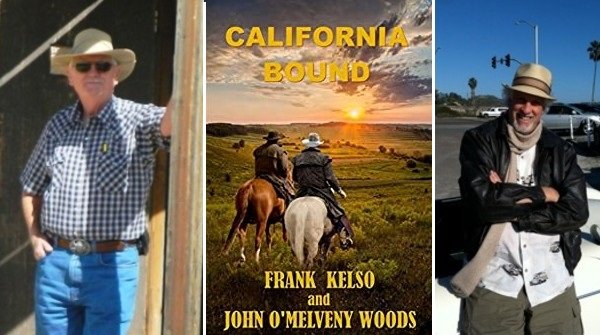 In a Union POW camp, Jeb and Zach dreamed of California Gold, but the road West leads Jeb to his sis’s home in Texas. They ride home to find a border war raging on the Rio Bravo near Eagle Pass TX! Cattle rustled! Ranches burnt! Innocents killed or kidnapped! Juan Cortina holds a grudge against the Yankees, and he lets his younger brother, Miguel, ride roughshod along the Rio.

Jeb’s niece Rebecca is missing. Jeb is wounded when he confronts 2 Cortina men about her location. A young widow tends Jeb in healing after the Doc sews his wound. Jeb and Zach take a shine to the bold and sassy lady.

“Aww, man. After all the time we been together, are we gonna fight over a woman?” Zach asked.
“No fight needed,” Jeb said. “She’s gonna decide, then get us think it was our idea.”
“She always does,” Zach replied.

Jeb and Zach trick Cortina to rescue Rebecca but Miguel crosses the Rio Bravo to take Eagle Pass hostage! Either Jeb and Zach surrender to him or he burns the town! He plans to marry Rebecca!
Jeb and Zach promised to put an end to Miguel’s rampage—or die trying!
Will they ever get to California?

California Bound is the first dramatic story in the Jeb and Zach series of gritty westerns. If you like rich descriptions, multidimensional characters, and tales that bring history to life, then you’ll love this wild “shoot ’em up” adventure across the Rio!

Buy California Bound to ride across the Rio to fight the bandits of the Wild West today!