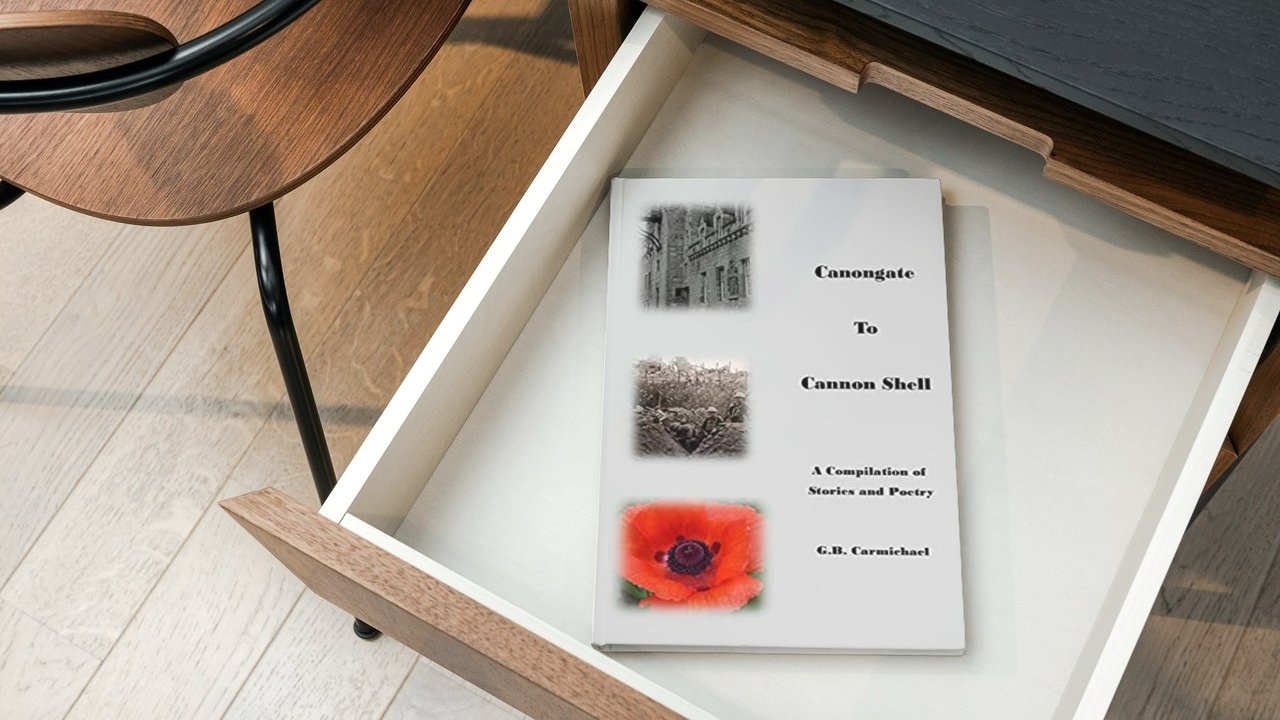 “Canongate to Cannon Shell,” a novella included in this book, was  the author’s first big story that grew into a fitting title for this entire compilation. It was born out of interest in and a family connection to one of the many casualties of “the war to end all wars.”  The novella (one of four in the book) brings to life the aftermath of the 1916 Easter Rising in Dublin, told through the eyes of Joe Donoghue, a soldier who ends up on a firing squad.

Other stories (with a couple of poems thrown in for good measure) follow a Scottish family through generations of military service, a pilot’s last mission, a Japanese soldier’s experiences as he survives World War II, modern situations of ethnic discrimination, a time travelling fantasy and much more! You’ll just have to read the rest to find out!

Each of these stories were inspired by the author’s heritage, her passions, and experiences. With an impish grin, she will tell you that the characters themselves spoke to her as she wrote each one.