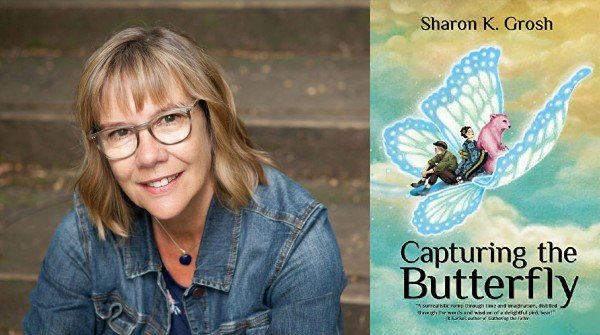 Two humans, from different places and times, find themselves together in the cave of an unlikely pink bear. All three, Mina, Claudius, and Pink the bear, yearn to change history, both personal and worldview.

Claudius wants to go back in time and marry his sweetheart, who married Alois Hitler, Adolph Hitler’s father. Mina stood 500 feet away from the Hiroshima bomb and woke to find herself in another body, in another place, five years later without her baby, Saki. Pink grieves the loss of his mother and his sister, having spent four years of hibernation without them.

This small book holds a big story. The three together start on an unprecedented journey, covering years and lives, while waiting for time to pass and their circumstances to make sense in a remote cave, the home of a pink bear.