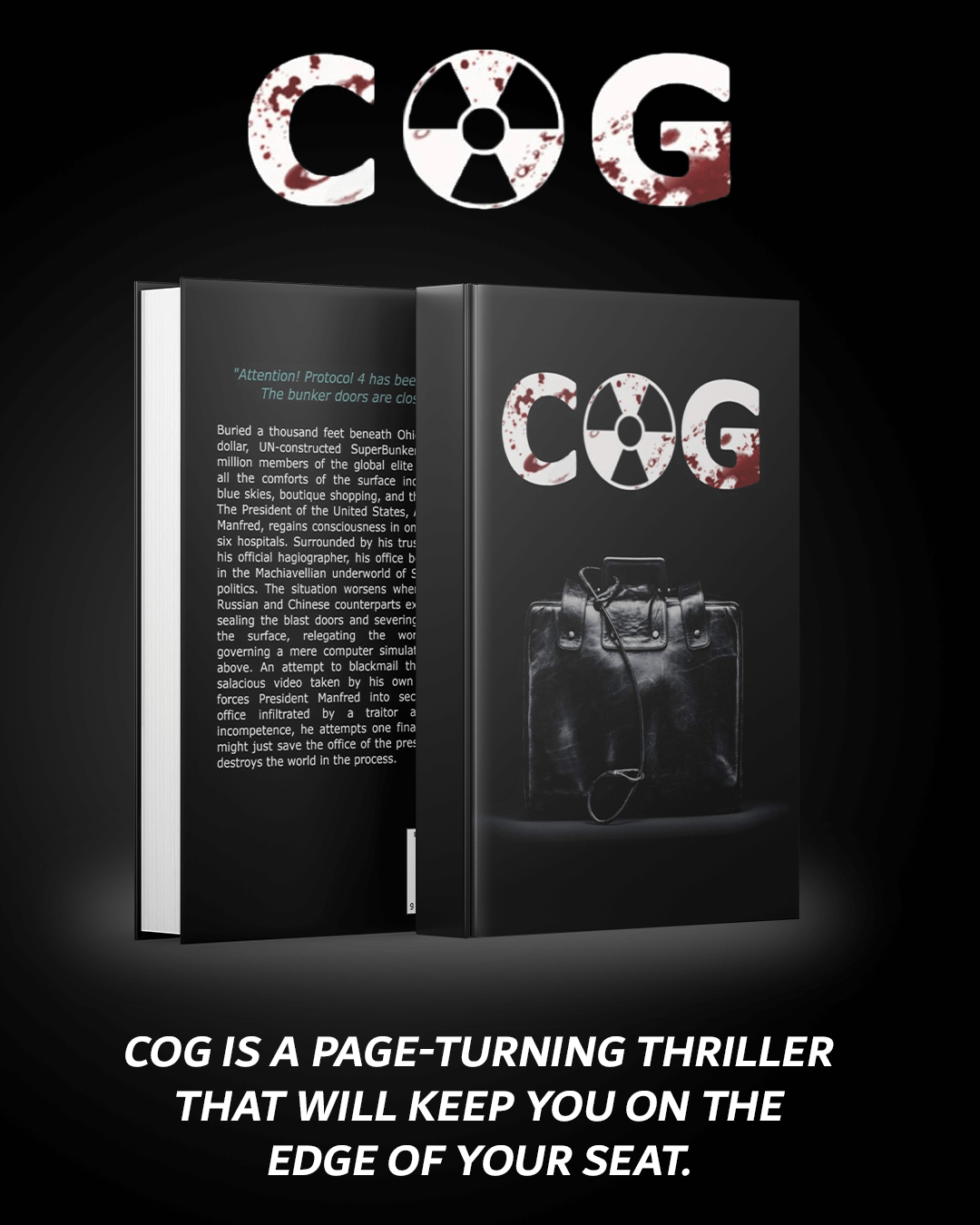 A lunatic president. A ten trillion dollar bunker. The nuclear football, And a salacious video… With his office infiltrated by a traitor and hobbled by incompetence, an increasingly unstable POTUS attempts a ‘Hail Mary’ that might just save the office of the president… even if it destroys the world in the process.

About the Author: Troy Grice

Troy has been a fan of dystopian novels and science fiction since his teens. He describes his own stories as “abrasive satire” and “counter-propaganda.”

When he’s not working or writing, he enjoys making noise on his Gibson and hanging out with his family in the foothills near Evergreen, Colorado.