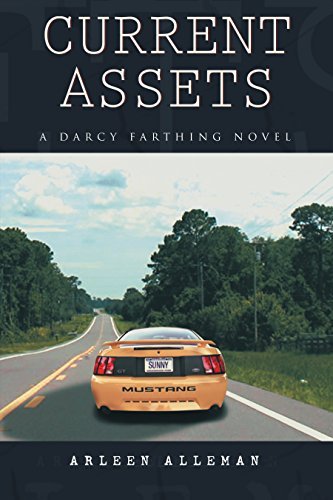 I love authors who take their real life experiences and incorporate the knowledge gained from those experiences into their writing, especially those who have worked within the Criminal Justice system or Government agencies. Arleen Alleman has clearly drawn from her time as an analyst with the Government Accountability Office to create this incredible novel. It is so very believable and I appreciate the research it must have required to bring such a thrilling story to life. "Current Assets" is written with such conviction that I'm not certain it is entirely fiction. The story is so well-crafted and plays out with such intrigue and higher level corruption that it could easily be perceived as a true-crime novel. Darcy is an amazing character and written in a way that shows her tremendous intellect, strength and vulnerabilities. I won't delve deeply into the overall plot as it has been well outlined by other reviewers, but I must say that I really enjoyed the sub-plot involving Darcy's birth daughter, Rachael. Darcy is Rachael's birth mother but Rachael lives with her adoptive parents in Kenya. Rachael turns to Darcy for help with some very serious issues that layer on the danger. I felt myself becoming emotionally invested in their complicated relationship. The complexities surrounding Darcy and Rachael almost give the reader two stories in one combined with the overall plot of the book. Mick, Darcy's boyfriend and co-protagonist, is initially the one who unintentionally brings trouble Darcy's way through his investigation of corruption and his desire to help a friend who stands accused of attempted murder. As Darcy and Mick work together to help their friend the danger intensifies. Though I have not read Arleen Alleman's previous books in this particular series there is enough information and back story provided that this novel alone makes for a fully satisfying read. However, I will be reading the others in the series because I simply must know more about Darcy's character. This book is exceptionally well-edited. I didn't notice a single typo or grammatical error. There are no lulls in the story and it was extremely difficult for me to find a stopping point because I couldn't resist reading just one more chapter which turned into five more before I knew it. The characters and scenes are richly and vividly penned, giving the reader a multi-dimensional view of the people and places that are woven together to create such an incredibly thrilling tale. I truly enjoy books that can make me feel the danger and suspense and "Current Assets" does exactly that. This is a great read for anyone that enjoys mystery, thrillers, crime, high level intrigue, dirty dealings and gritty, intelligent suspense. This is the kind of book that stays with you long after you finish reading the last page (and one I will definitely think about on my next cruise out of Florida). 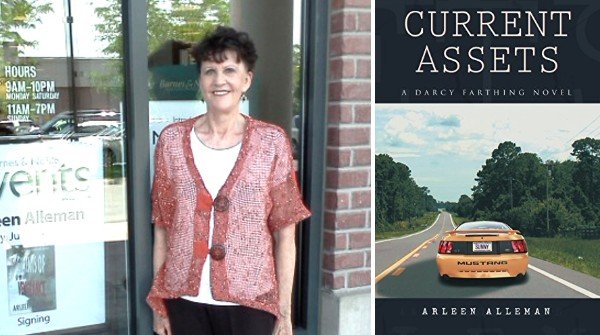 Darcy Farthing and her friends can’t seem to stay out of trouble. Darcy left her job with Shrinden Pharmaceuticals, and her home on the bluff in Colorado Springs, to live with boyfriend Mick Clayton in Marco Island, Florida. They are exploring their new relationship and commitment to each other. She is enjoying the success of her first book while working on a new manuscript, which tells the story of their latest ill-fated cruise. Mick is commuting between Florida and Washington DC while conducting a supposedly routine U.S. Government Accountability Office audit of the Marshals Service Asset Forfeiture Program. Forfeitures are properties the marshals seize from criminals, then store, and eventually liquidate to pay restitution or support law enforcement efforts. Under an agreement with the marshals, the Geneva County Florida Sheriff’s Office stores and safeguards seized properties in secure lockers and vaults.

Mick and Darcy are thrown into a mystery peppered with violence when their friend and compatriot, Tom Smythe, is arrested for shooting a deputy sheriff two weeks after starting work as an administrative officer for Geneva County. Mick is drawn into the investigation, and to aid Tom, he taps into his professional and personal resources, including longtime friend New York senator Bill Sawyer. It soon becomes clear that the shooting is tied to corruption in the sheriff’s office. Unknown perpetrators are stealing and liquidating property forfeited by criminals and stored by Geneva County. Suddenly, Mick’s GAO assignment is no longer routine.

As Tom tries to extricate himself from his legal nightmare, someone starts murdering sheriff’s deputies believed to be involved in the county theft ring, and evidence again points to Tom. Florida state and federal investigators struggle to determine motive, find clues, and address a complicated set of multi-jurisdictional crimes.Meanwhile, Darcy unintentionally draws dangerous attention to herself when she innocently looks for evidence to help Tom and becomes a target for threats and violence.
As Mick’s GAO team continues their audit of the asset forfeiture program, Mick realizes the corruption in the sheriff’s office is strangely intertwined with a Yemeni-Pakistani terrorist cell using smuggled pre-Columbian artifacts to raise funds for a new branch of Al Qaeda. Mick and Darcy risk their well-being when they embark on a six-day Caribbean cruise aboard a multimillion-dollar yacht where they uncover smuggling activity by the yacht’s captain and crew. Their discovery eventually leads authorities to unravel a surprising internal county scheme and to catch an unbalanced murderer, who nearly succeeds in adding Darcy to the list of victims.

While these events are producing enough trauma and stress for Darcy and friends, her birth daughter, Rachael, makes a surprise visit from Kenya where she lives with her adoptive parents, bringing with her another shocking set of problems. Darcy and Mick are thrown into a parenting and problem-solving role when Rachael’s parents are unwilling or unable to handle their daughter’s troubles. Rachael too becomes a target of desperate criminals when she takes it upon herself to help solve Tom’s attempted murder case. Darcy must face how similar she and Rachael are despite having been apart most of Rachael’s life. Even after resolving the problems in Geneva County, Darcy and Mick must still contend with the surprising and controversial family crisis that Rachael literally brings to their doorstep.

Arleen Alleman is a former senior analyst with the Government Accountability Office, where she wrote extensively on many topics ranging from satellite systems to endangered species. She has a Biology education and has also worked as a fashion model, insurance adjuster, jewelry designer, and owner of a home decor shop. Her interests include health and fitness, religious history, travel, and she is an avid reader. Born in England and raised in New Hampshire and Nevada, she has lived in Colorado for many years. For more information about the author, visit her website at http://www.arleenalleman.com Arleen recently published her first children’s book, a delightful lesson in unconditional love told by Mary and Her Big Cat Brain. The Darcy Farthing Adventures: Six contemporary, suspense-filled mysteries–Download to your Kindle now or buy a book to discover this unique thought-provoking series for yourself. Arleen has recently published 2nd editions of the first two books in the series with improved editing and lower prices. The series is unique in that it addresses contemporary social issues along with the murder-mystery elements of the stories. Themes addressed in the series include humanism, crime, family issues and adoption, PTSD, alternative lifestyles, government corruption, and cruise ship safety. “Currents of Sin” is the sixth and final book in the series. It explores the very real problem of human trafficking for prostitution among homeless teens in Las Vegas, while wrapping up elements of the characters’ lives. The fifth Darcy Farthing adventure, “A Current Deception”, explores themes of computer hacking, identity theft, and long-held grudges and revenge played out on a cruise ship sailing around Australia. It is murder-mystery with the added plots of a yellow crazy ant infestation as well as food-borne pathogens. The fourth Darcy Farthing adventure “Alternate Currents” was a finalist in Foreword Reviews Magazine’s 2013 Indie Book of the Year Awards. This is a timely topical story of mystery, child abduction, and murder set in Seattle, WA. Darcy rushes to the aid of a good friend, Don Freeburg, when his partner, Charlie Scott, disappears. She is soon immersed in a murder investigation and the shocking abduction of Penelope, Don and Charlie’s daughter by surrogacy. The first two novels in the series are based on crime and mystery aboard cruise ships. The third in series “Current Assets” is set in South Florida and involves local corruption, terrorism, and the U.S. Marshals asset forfeiture program. These three novels won “Best Trilogy of 2012” by Books-and-Authors.net
Dear Reader, author’s recently published book “Current Assets” is now available on leading bookstores, get your copy now and help the author by writing a review of the book.
Available on Amazon