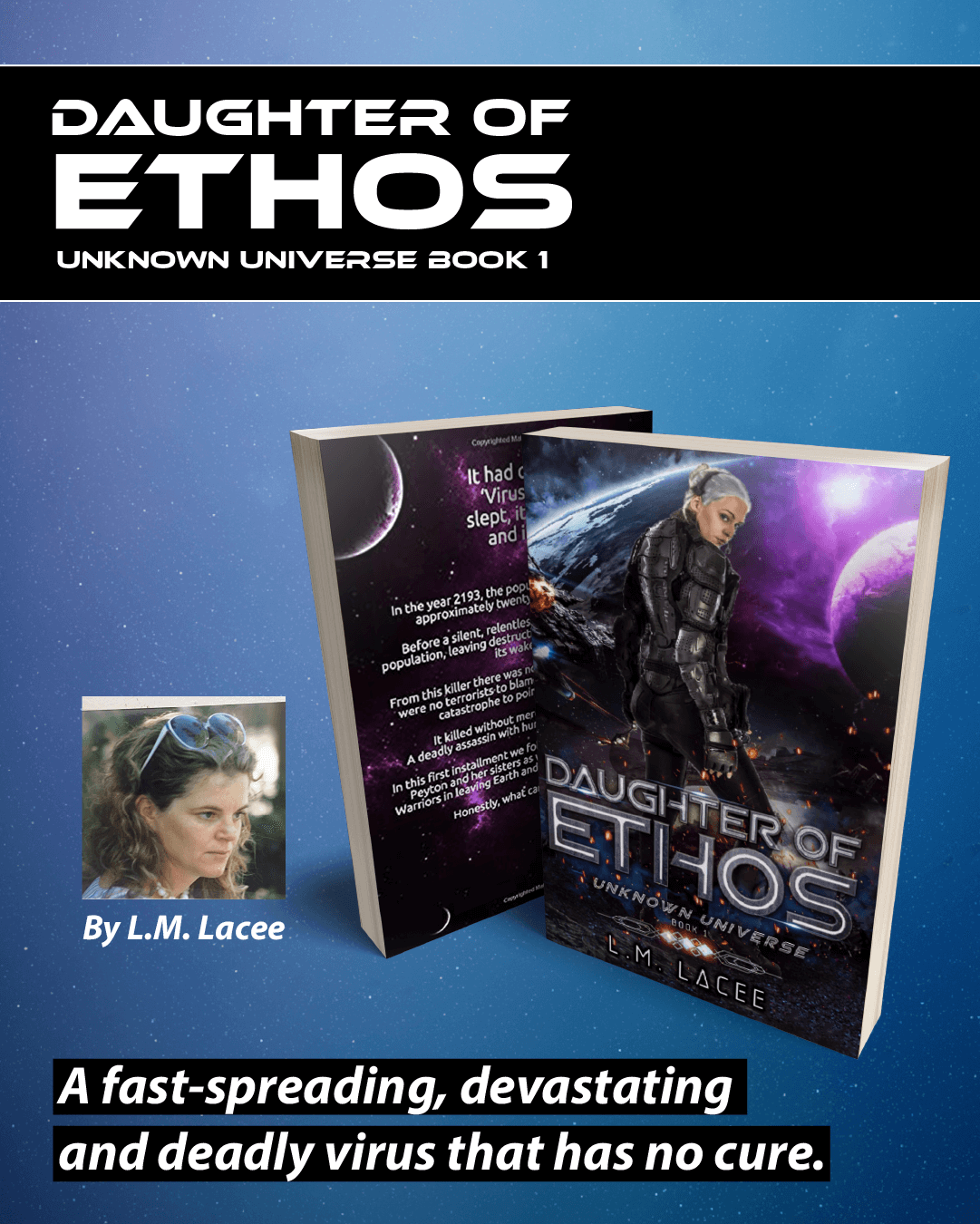 In the year 2193, the population of Earth was approximately twenty billion people. Before a silent, relentless killer stalked the population, leaving destruction and devastation in its wake. It had only one name, ‘Virus’ and it never slept, it never faltered and it never died.

From this killer there was nowhere to hide, there were no terrorists to blame, no environmental catastrophe to point a finger at. It killed without mercy or remorse. A deadly assassin with humanity as its target. Within seven years from the first sign of the ‘Virus’ it had wiped from the Earth, 38% of the population. Within the next seven years, the ‘virus’ mutated.

Despite all the best efforts of the remaining scientists, government agencies, researchers and doctors using everything at their disposal. The ‘virus’ ravaged the world. Taking life after life until the ‘virus’ mutated once more. Eventually it killed without discrimination. There was no cure and no way to stop it. As the years passed, speculations over the cause of the ‘virus’ were many.

Militant terrorists was a favorite theory, another was a plot by beings from outer space to take over the world. The most common belief was that an environmental experiment backfired. Of course, the most likely suspects for this were covert science government agencies that were experimenting in anti-gravity and hazardous space technology. As of this writing, none of these theories were ever proved.

Twenty-one years after the first sign of the emergence of the ‘Virus’ only one billion people remain on Earth. Predominately females. In essence, if the XY chromosome is not extinct, it is on the endangered list.

When the odds are stacked against her, can she survive and keep the people who depend on her not only safe from the virus but their own government who have sold them out to a race of interstellar species!

Can one woman make a difference in this world?

She can if her name is Peyton St. Hill, daughter to the stars. Touched by the Divine and given abilities far exceeding those of a Goddess. Peyton with her sisters and thousands of women will rescue the Jenersar Warriors from servitude and together they will escape Earth and reach for the stars, somehow…

Nine planets known as Maikonia. In the language of the Stars this means. Home! Created and shielded for just over two million years Maikonia awaits the Star Daughter and all she welcomes into her heart and on to her world.

In this first installment we follow the adventures of Peyton and her sisters as well as the Jenersar Warriors in leaving Earth and traveling to Maikonia.

Honestly, what can go wrong!

About the Author: L. M. LACEE

Leonie grew up in Auckland, New Zealand, and traveled to America and Australia with her husband and four, now grown sons experiencing different peoples and cultures.

You can connect with Leonie online at http://lmlacee.com or

Devouring romantic fantasy from her youth to science-fiction classics from more recent times, her love for romance, books and writing with a passion inspired by the love of inventing new, sometimes epic fantasy stories set in new places that she creates all with their own set of unique, strong characters. Her first book in the Epic Dragon’s Gap Series, “Reighn & Sage”, won, ‘Best Indie Book of the Year’ 2018.

Her strong interest in the interactions of people was stimulated when she lived in cities like Los Angeles, Sydney, Santa Barbara and then back to New Zealand where she now lives with her husband and Rottweilers in the beautiful, winter-less Northland.

Looking at a new Catamaran in her near future to sail around the world.

It was while settling back in New Zealand’s North Leonie seriously took up writing again, producing her Romantic Fantasy Series, Dragon’s Gap, the first book set in a magical time and place.

“When I am not writing or traveling to see my sons overseas, I enjoy knitting, showing my Rottweilers, fishing the Kaipara, reading and occasionally cooking for my husband. My website is ever changing, ‘COME OVER, I sometimes give books away for FREE!'” You can also request to join our beta reader team and help us fine-tune our books prior to release.

“If you enjoyed her writing, I know she would love reading your positive reviews.”