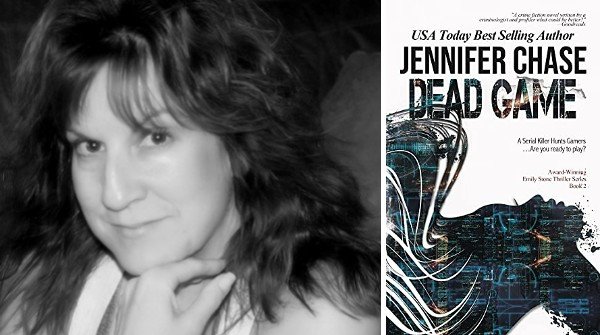 All of the EMILY STONE THRILLERS are Stand-Alone Books: 2010 AWARD WINNER for Thriller at Readers Favorite In her independent efforts to catch child killers, Emily Stone discovers the evidence that the cops can’t — or won’t — uncover. Now, this covert investigator is back on the hunt for the world’s most sick and twisted murderers. But even with help from ex-police detective Rick Lopez, this time she’s facing her most dangerous opponent yet.

The headlines in the San Jose Mercury News blare updates on a serial killer who seems able to slaughter with impunity. Men, women — it doesn’t matter; the victims serve only to satisfy a perverted need to kill. The killer watches the moment of death on multiple computer screens, over and over again. The only connection is that they’re all devotees of the latest video-game craze — a sophisticated brain-puzzler called EagleEye.

When the killer goes after Lopez’s law-enforcement mentor, Lopez and Stone decide to give the cops a little extra, unsolicited help. What follows takes them deep inside a shocking high-tech world, a kind of social-networking community for serial killers. But when they start getting too close to the truth, all hell’s going to break loose. Now, Stone and Lopez become the killer’s next target as Stone must make a difficult decision to leave the ones she loves in an all-or-nothing effort for survival. Can they stay alive long enough to blow the whistle on this unlikely perpetrator?