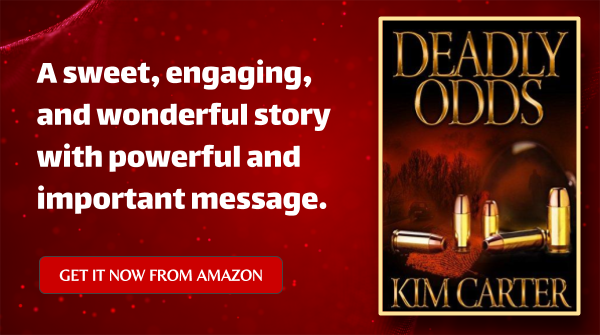 Two worlds collide in this edge of your seat thriller.

Georgia bounty hunter Nathaniel Collier finds himself in perilous danger as he hunts down the notorious Mad Dog Consuelos.

As Nathaniel draws near, Consuelos strikes again leaving behind a bloody path of violence. Collier, along with Gracie, Mad Dog’s daughter, take the brunt of the assault, leaving them struggling to survive for weeks in the hospital.

Meanwhile, Atlanta PD officer Reid Langley decides to leave the violent city behind and take a cushy job as Sheriff in the small town of Hayden, Wyoming. All appears to go as uneventful as planned until a serial killer shows up to wreak havoc on the safe haven Reid is determined to protect. Just when he thinks he has all that he can handle, Reid finds himself harboring his old friend, a nurse, and an innocent young girl.

The battle is on as this group of characters embark on a race against time to locate a serial killer and to track down the elusive Consuelos before he can take his revenge.
Available on Amazon Barnes & Noble Goodreads


‘Deadly Odds’ was one of those books that pulled me in from the beginning and didn’t let up. The storyline was well written and well thought out. Full of action, mystery, suspense and very thrilling. The characters were great. Nate’s life was turned upside down and he still made the best of it. He is very good at being a protector, a survivor and being a ‘consultant’. Reid made a great sheriff. The way this story played out had quite a bit going on, but not to the point of being confusing. I look forward to reading more of the ‘G Street Chronicles’. A great add to your tbr list.

Dear Reader, author’s recently published book “DEADLY ODDS (Kindle Only $2.99) by Kim Carter” is now available on leading bookstores, get your copy now and help the author by writing a review of the book.
Available on leading Bookstores