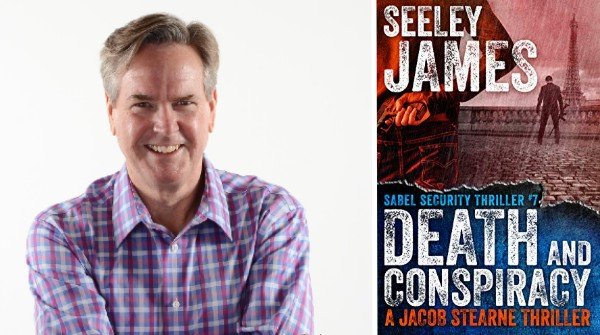 Is Jacob Stearne a terrorist or a hero?

All Jacob wanted was a romantic weekend in Paris with his girlfriend. But when he spots terrorists bent on attacking a crowded church, he flies into action. The victims mistake him for one of the extremists causing the authorities to give him a choice: go undercover to expose neo-Nazi fanatics — or jail.

“Jacob and his sidekick, Mercury are two of the best characters ever created” — Secret World Book Club

Jacob infiltrates an international conference for violent radicals in rural Spain. Far from home and cut off from his support team, he must navigate the dangerous waters alone. In the shadowy leadership of the fringe group, he learns no one is who they seem. And trusting the wrong person for even a second could be fatal.

“Seeley James’s writing swings from downright funny to rollercoaster thrills and unpredictable twists. The shocking plot will keep you reading all night and worried about the real world afterwards. The best read of the year” — Krueger Reads

The sinister plot Jacob uncovers is far worse than anyone imagined. It threatens the lives of thousands and may explode into global chaos. He must trust someone to get word to law enforcement but a chess game of lies and deception undermines his credibility. How can he outsmart the malicious conspirators before the world erupts into war?