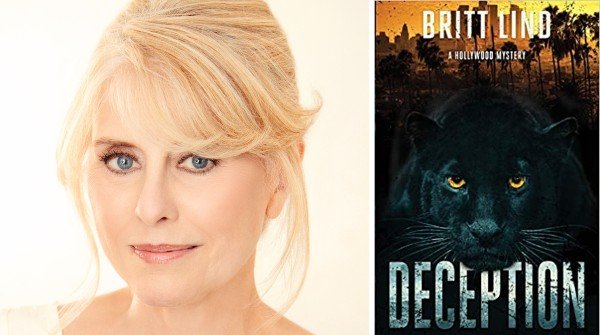 “Britt Lind has written an intriguing mystery filled with twists and turns that takes place in a world she knows well from every perspective.” – Carlyne Grager, Talent Representative and Owner of Dramatic Artists Agency Los Angeles and Seattle.

Blood and dreams run red through the magical land of Hollywood, and rarely do kind souls win the spoils of war…

Singer/songwriter Josh Sibley is handsome, talented, and smart, but he tries to appease his demons with alcohol in an effort to break free of his complicated past. When he gets the opportunity to write songs for a multi-million dollar feature film, he throws himself in head first, determined to shake his bad luck streak. Then he meets Lila Levy, the sexy singer/actress who is married to the producer of the movie. She attempts to use her sexuality to hook Josh into a secret love affair—but Josh surprises himself by keeping his feelings under wraps while trying to teach Lila to sing his songs.

But this is Hollywood, and dark souls are clothed in glamour and secrets. When Lila’s husband Stan is murdered, Lila disappears, leaving Josh to deal with the woman determined to track her down—Sergeant Rosemaria Baker of the Beverly Hills Police Department. Beautiful yet disenchanted with the glitz of Hollywood, Rosemaria considers Josh a delusional loser but he’s her best lead. Too bad Josh doesn’t know Lila in the way he thought he did. When the cops finally bring Lila in, she declares herself innocent and builds her case around disturbing childhood trauma that will twist Josh’s soul.