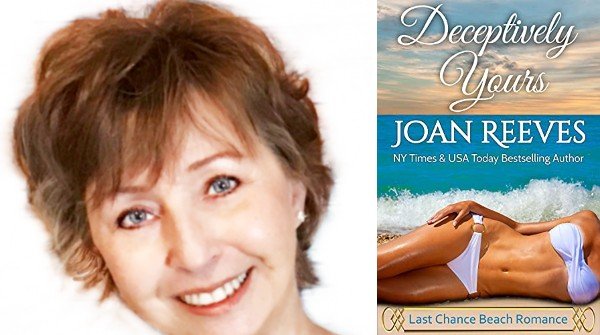 A passionate, steamy Romantic Suspense novel about a woman and a man who are destined to be together, set against the island paradise of Last Chance Beach where Love finds you when you least expect it.

Tatiana was twelve when her mother died, leaving her alone in the world. Her cousin took her in. What seemed like an act of kindness was a scheme to use her artistic talent to cheat wealthy men who were least likely to display art they thought had been obtained illegally.

For six years, her life offered nothing but fear and danger—then she met a man who changed that. He gave her love, passion, and hope for a future together.

In an act of breathtaking courage, she defied her cousin. He responded with a vicious attack. A chance meeting with an elderly man saved her and gave her a second chance at life. He helped her disappear, leaving her nightmare world behind—but also leaving behind the man she loved.

Ten years later, Tatiana has done everything she could to repay her benefactor, to prove she’s worthy of the care and fatherly love he’s given her, and to become a better person. But she’s never forgotten the man who taught her the meaning of love and desire.

Destiny hands her a second chance at love when she meets him again, but she resists the love he offers. She’s not the girl he fell in love with. She never was. She can’t undo the deceptions and the lies nor the secrets she’s kept—and continues to keep.

Declan knows a devastating secret lies at the heart of Tatiana’s refusal to give their relationship a chance. Patiently, he waits for her to tell him the truth about what happened ten years ago. His patience ends when he suspects she’s in danger, and he rushes to discover the truth about her disappearance. Will Tatiana find the courage to reveal her secrets to Declan? Will he still love Tatiana when the truth is revealed?