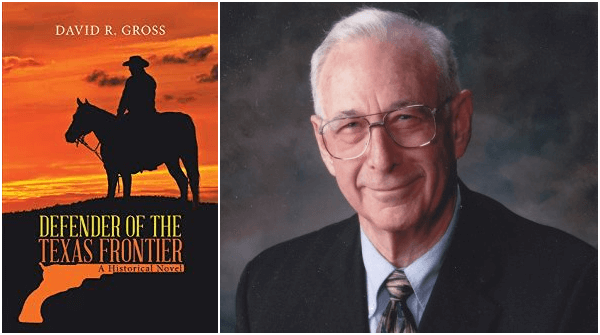 Defender of the Texas Frontier

John Coffey Hays is just nineteen when he arrives in the town of Nacogdoches Republic of Texas in 1836. Moments later when a man is killed, none of the witnesses dispute that Jack acted in self-defense. Despite his young age, Jack is a man who commands perhaps just as much fear as respect.

Although Jack is too late to enlist in the fight for Texas Independence, he soon joins the ranging company of Deaf Smith and begins a thirteen-year history of defending Texans from raids by Comanche bands and Mexican bandits. When he is just twenty-three, he is made a captain of the Texas Rangers. As he becomes known as a fearless fighter, Jack leads a group of men who will follow him anywhere and under any circumstances. While Jack’s Rangers scout, defend US supply and communication lines from attacks by Mexican guerrillas, and fight with army units in the Mexican-American War, the men earn a significant reputation for bravery and success. As Jack’s journey leads him to love and eventually marriage he leads his Rangers and transforms Texas history forever.

In this fascinating historical novel, a young Texas Ranger leads his men in fierce battles against Comanche raiders, Mexican bandits, and the Texas Regiment in the Mexican-American War.

In David Gross' Defenders of the Texas Frontier (iUniverse 2019), John Coffee Hays arrives on the Western frontier with his cousin, both looking for a chance to defend the new republic by fighting the Spanish, the Mexicans, or even the Indians--as long as they can be part of the wild freedom offered in this untamed part of the continent. "...looking for action to satisfy our need for an adrenalin rush. We appeared to be anything but a disciplined militia unit. Each one of us was dressed in his own style..." Before they finish, they are molded into a seminal part of the original fearless Texas Rangers., the toughest lawmen in American history and the scourge of criminals everywhere. Through the life of Hays, we learn authentic details about what went into making the west a lawful part of the young United States. Here are some examples of the detail and research Gross includes in his tale: "...One of the most notorious Comanche war chiefs was known as Cuerno Verde, or Green Horn, of the Kotosoteka band. De Ansa gathered an army of nearly 350 regulars and about 250 Indian allies and then set off to find Green Horn." "President Sam Houston faced a continuous financial crisis. He disbanded the militia and allowed funding for the ranging companies to lapse. He was doing his best to keep the Republic solvent." "Another skill, imitating the tactics of the Comanche, was to learn to hang from the side of a mount and fire a pistol under the horse’s neck with accuracy." If I had to rename the genre of this story. I’d call it very creative nonfiction. Though using fictional characters to tell the overall story of building the West, there is more history than the traditional western with more in-depth detail, sometimes multiple pages detailing the historic backstory. This is a must-read for anyone with a real interest in the 1830-40's, a period of history when America was extremely new and not sure it could survive, when our enemies were on our own continent and we didn't always beat them. Enjoyable and informative.

David R. Gross graduated from Colorado State University’s veterinary school in 1960 and was in private practice for ten years. He enrolled in graduate school and earned a M.Sc. degree in 1972 and a PhD degree in 1974 from the Ohio State University. He taught and did research at Texas A & M University; College of Veterinary Medicine for sixteen years then became Director of the Cardiovascular and Thoracic Surgery Research labs at the University of Kentucky, College of Medicine for five years. He retired in 2006 after twelve years as Professor and Head of Veterinary Biosciences, College of Veterinary Medicine, University of Illinois, Urbana-Champaign. Dr. Gross is a Fellow of the Cardiovascular Section of the American Physiological Society. During his academic career he published over ninety papers in refereed scientific journals and over a hundred abstracts in proceedings of scientific meetings. He co-edited three multi-authored textbooks and the third edition of his single author text, ANIMALS MODELS IN CARDIOVASCULAR RESEARCH is in most medical libraries. Since retirement, Dr. Gross has been busy writing both fiction and non-fiction. He published a self-help study and learn guide; SUCCEEDING AS A STUDENT, a memoir of his first year in veterinary practice; ANIMALS DON’T BLUSH; a historical novel, MAN HUNT; TRAVELS WITH CHARLIZE, a memoir of a year spent traveling the west with a rescue dog after his wife of almost 53 years died of lung cancer; another memoir of the year he and his family spent in Mexico just prior to the 1968 Olympic Games, A MEXICAN ADVENTURE; and most recently DEFENDER OF THE TEXAS FRONTIER, a historical novel about John Coffee Hays.

Jack is a man who commands perhaps just as much fear as respect.

Dear Reader, author’s recently published book “Defender of the Texas Frontier” is now available on leading bookstores, get your copy now and help the author by writing a review of the book.
Available on Amazon