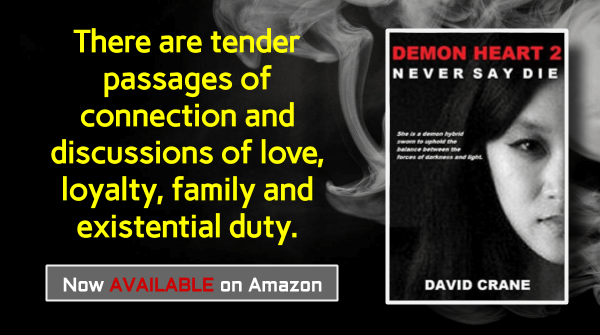 Naoko Kitamura is a demon hybrid, a descendant of a secret union between an ancient female demon and a noble sixteen-century samurai. After saving her city of Osaka from a nuclear meltdown during an earthquake, she sacrifices herself and comes back to life. Knowing that she can never see her family and friends again, she with the help and guidance of her progenitor, Yoshiko Nagase, moves to the city of Tokyo to start a new life under a new identity. But even after she finds the man she loves and has a family and children of her own, she is still works a member of top-secret organization Katana, responsible for protection of Japan against natural and supernatural threats. White raising her kids, Naoko never forgets her duty and an oath she took to protect the innocent against the worst human and supernatural criminals. While conducting an investigation involving a supernatural weapon capable of controlling peoples’ will, she comes against powerful criminal organizations such as the yakuza and the Russian mafia in alliance with an evil demon hybrid. Aided by her friends and allies, Naoko soon faces the wrath of an old enemy determined to destroy her. As she fights for justice and survival with every weapon at her disposal, she comes up against an even greater threat, this time against Japan itself. An evil genius has invented a terrifying new weapon capable of immense destruction and is prepared to destroy her nation to change the geopolitical balance in the world. And once again, Naoko is prepared to use her powers of darkness and light to protect her country and her family. As the darkness comes, she must face it and win, to ensure that sun will rise again!
Available on Amazon Goodreads