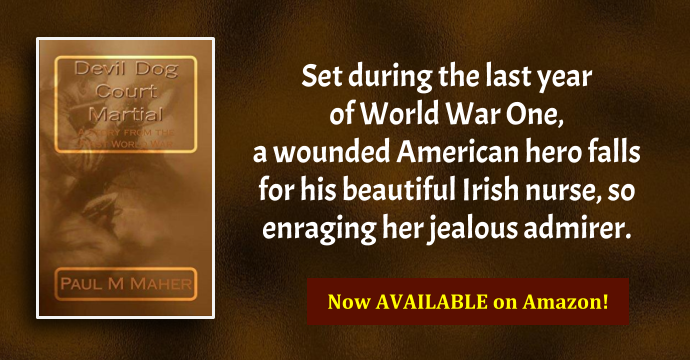 Set during the last year of World War One, a wounded American hero falls for his beautiful Irish nurse, so enraging her jealous admirer. Falsely accused of desertion and espionage, he struggles against a military system that is out to execute him.

When Liam Kierney, his cousin and their friends reach war-torn France in 1918, they soon join up with a squad of veterans and with them, experience real conflicts of courage, fear, humour, human weakness and the horror of kill or be killed.

A blundering military create weariness and despair for Liam and his comrades, as they are forced to endure hardships within the devastated woods and war-torn towns.

Following promotion for repeated bravery, Liam and his cousin are wounded and transferred to England for recovery. This is where Liam develops a relationship with his charming nurse, Sheilagh.

Haunting them is a vain army captain, infatuated with Sheilagh. Liam takes her to the South coast on his sick leave, but the jealous officer follows them, falsifies events to have Liam arrested for desertion and espionage.

They escape but are hunted down.

The prison guard is brutal. The judges insensitive. The defence inadequate.

Condemned at a perfunctory court martial to go before a firing squad, all seems lost for Liam, until a new defence appears to represent him.

For the judges, the appeal is a waste of time. Then it becomes evident the captain has lied and falsified evidence and is about to fall into the defence’s trap.
Available on Amazon Barnes & Noble Goodreads