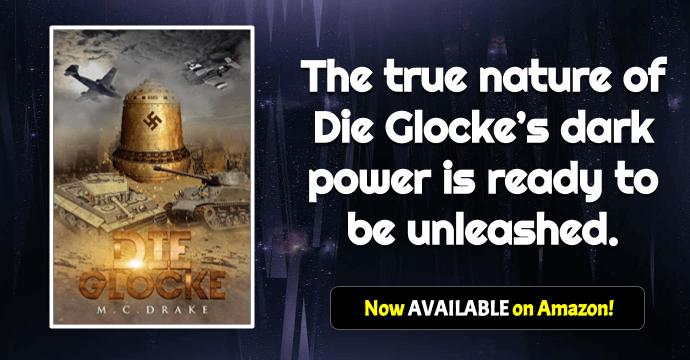 The Second World War had been raging for five years. Germany’s Blitzkrieg warfare had overrun Europe at the beginning of the decade but now the world’s great superpowers were beginning to converge on Germany.

In the depths of a remote heavily fortified laboratory, a senior scientist of the Third Reich has uncovered a device with the potential to destroy mankind. The device is extremely volatile though and the scientific team struggle to engineer the device into the wonder weapon that the Führer demands.

The United States manages to decode a top-secret message and quickly sends a well-trained army group to destroy the threat. In the Chaos of battle the device disappears, along with the only two men that knew its secret.

Years later during the height of the Cold War one of the men reappears and the true nature of Die Glocke’s dark power is ready to be unleashed.

M.C.Drake was born in the South West of England in 1988.
Between 2010 – 2014 he worked on stand up comedy routines, after this he began planning his first novel. 2 Years later Project Thermoception was born and is now available.

Thank you for showing support to new authors.