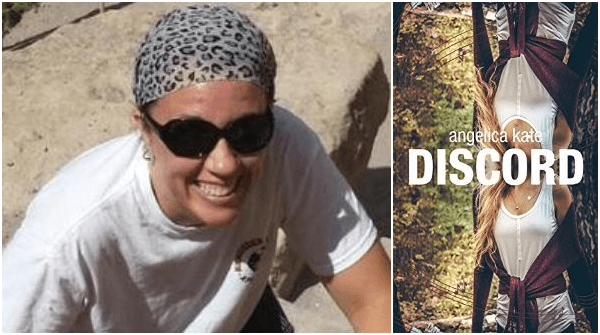 As an infant, Brielle was found abandoned with only the clothes she wore and not a clue as to where she came from. Despite this bleak beginning, she was fortunate to have been adopted by a loving couple and raised with all the benefits of an upper middle class existence. On the verge of graduation from college, and acceptance into the Medical School program, she has long since put the mysteries of her birth in the rearview mirror. She is tethered to the past by one tiny flaw; she sees, feels and hears things that aren’t real! Her visions have always been a part of her, and learning to cope with them over the years as therapists, medical trials and even ‘untraditional’ treatments failed, was just part of life as she knew it. Unfortunately, what was once just a nuisance to her mental state is escalating as each ‘episode’ becomes more violent and the visions threaten everything she has worked to accomplish.
Sarai’s parents have always lived outside the grasp of rational society’s rules and regulations. Having been raised in various communities around the country without the benefit of medical care, school or socialization, Sarai is able to explore the outside world only through the written word her mother taught her to love from an early age. Her mother is the one beacon of light in Sarai’s dark and miserable existence, along with the visions she enjoys of life out in the sunshine filled with laughter, joy and love. Despite the firm hand her father has always wielded on all aspects of her life, she will defy him to fulfill a strange request by her mother. That single moment’s decision will begin to unravel a mystery, decades in the making, which will propel Sarai on a journey toward self-discovery and escape from her father’s dictates. Unfortunately, as Sarai and Brielle’s paths hurtle towards an overlap, not everyone will survive the revelations of secrets better left buried.

THIS BOOK CONTAINS THEMES OF CHILD ABUSE, RELIGION, MURDER, THE AFTER-LIFE AND OTHER CONTROVERSIAL SUBJECTS THAT MIGHT BE DISTASTEFUL TO SOME READERS. ADDITIONALLY, FOR MY ROMANCE READERS THIS DOES NOT HAVE THE TRADITIONAL HEA ENDING MY OTHER BOOKS FEATURE!
Available on Amazon Goodreads