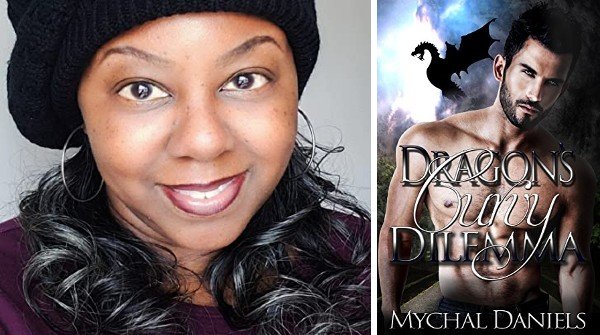 Billionaire dragon, Asher Princeton is a single dad and secret dragon-shifter. He just wants to get away from it all to spend time with his young son over the summer. Its time he showed the boy how to deal with being a dragonling.

Will a new love teach an old dragon exciting tricks?

• I’m supposed to turn her into the police but this dragon’s got secrets, dark ones

• Normally I’d toss out an intruder without a backward glance or question, but she’s different

• Her arrogant innocence challenges me in the best way

• I might be a single dad focused on raising my son, but she’s ignited a fire long doused

• It’s in her eyes and those curves that bewitch, seduce, and tempt my resolve like no other

• Instead of releasing her, I’m going to make her moan with pleasure

• Only problem—her name. She’s the one woman I need to stay far away from

• Our relationship is damned from the beginning

• She can never find out what happened to her father

• Daryl is off limits

• But his kid… makes my heart melt

• It was stupid getting caught living in his guest house like this, but I’ll appeal to his sense of duty

• But, if he thinks I’m going to be his maid or nanny, he’s got another thing coming. I’ll take jail over that

• It’s in those eyes of his, like pools from the depth of his soul they enchant and entice me to want to touch him

• Instead of behaving like a grateful house guest, all I want is to offer up my virginity to him like some damned lovesick school girl

• I can’t get sidetracked. Not when I’m so close, no matter how much Asher makes me pant

This is a HOT Curvy Virgin BWWM Shifter Romance full of adventure and sass with an HEA.

Welcome to the world of USA Today Bestselling Romance & Women’s Fiction Author, Mychal Daniels. Cross the burning sands of reality to immerse yourself in the colorful, action-adventure, romance, funny, and mysterious worlds of Aliens, Paranormals, Shifters, and more. Find your next book escape here.

It would be great to chat with you. Visit me at my sites:

Mychal Daniels grew up fantasizing about the wonderment of what ifs. This love spilled over into her ability to weave stories that arrested the attention of her siblings and friends. After going the way of the office drone for far too many seasons, she decided to follow her love of romance, fantasy and storytelling to create and share her highly imaginative take on the great what-ifs. The result is these books that allow you to step into the world of her fanciful imagination. Enjoy and don’t forget to leave a review while Mychal is off lassoing in your next book boyfriend!