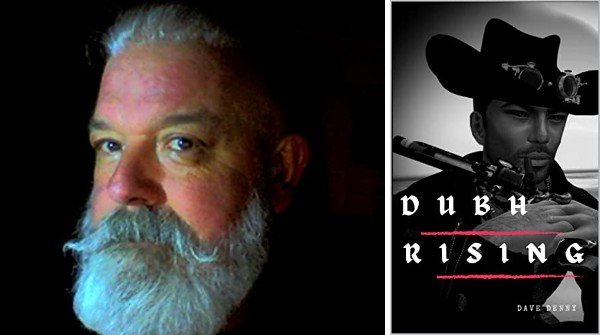 Deep in the dark depths of the dystopian city of Dubh, a young man begins his battle against a being with no soul.
With all his family murdered by the sadistic Silus Flax, Jon Thwaite beings his campaign to avenge his family and destroy his evil nemesis and the city that has spawned him. But does Good always Prevail?

About the Author: David S Denny

David Denny was born in Uttoxeter England in 1959. He grew up in a working class family of 5 on one of the UKs new red brick housing estates in the housing developments of the late 50’s, where a mish mash of people and cultures from all around the UK relocated, and made for an interesting cultural mix in a small market town.

David failed his 11 Plus Exams, a selective educational system, and continued his education at an all boys school, one step down from a borstal. He flourished there as a sportsman and captained the school rugby team. He had a developed a great passion for reading anything from Ursula Le Guin to Stephen King and Dean Koontz, but always fantasy, sci-fi and horror.

He left school at 16 and worked in the Motor Industry for 15 years before studying English Literature & Philosophy as a mature student. He then spent 25 years as a career adviser, which took him around the UK in all types of illuminating work from Prisons to Universities, meeting many interesting people.

David has three self published collections of poetry to date (see books), although the vast majority of his work in these collections has been published in independant magazines. He admits he is not a prolific writer, poems often being spontaneous and flawed, seizing the moment when the muse permits. He is also author of the popular CV Winners guide and has developed his writing into screen plays.