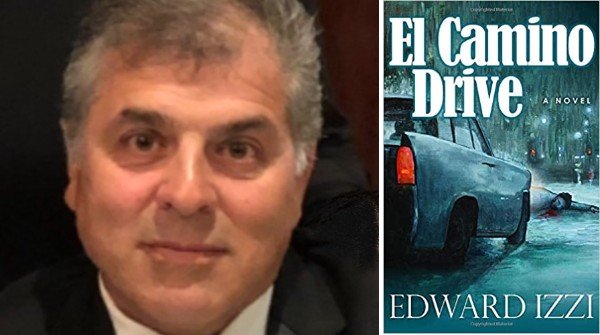 Detective John Valentino from Detroit’s Third Precinct knows El Camino Drive very well…his father was murdered there over forty years ago. On Halloween 1978, Antonio Valentino was gunned down after work by three men, alleging that he was having an affair with one of their wives. He was shot in cold blood, and his killers were later exonerated, claiming self-defense. They believed that a toy pistol in the victim’s pocket was an actual weapon. In a very public declaration after the murder trial, his uncle Rossano Valentino announces a vendetta against his brother’s killers. Over forty years later, Detective Valentino is now an alcoholic. He has lost his wife and family to his drinking and has just buried his mother. When he and his sisters clean out the attic of her home, they find an old, locked wooden trunk, containing an evidence bag and contents from the night of the murder in 1978. And in a clear plastic bag, is a blood-stained, green water pistol he once owned as a little boy…the very toy his father used to fool his killers. Frustrated with his life problems and blaming them on his father’s death, Valentino decides to avenge the murder of his father and follow through with Rossano’s family vendetta. One hot, July evening, the wife of the man who planned the murder over forty years ago, is found brutally stabbed to death in her ex-husband’s mobile home. Next to her body, is a poem from the killer, and a green, toy water pistol.The Detroit detective has no idea who did it, as his uncle is now too old and sickly to commit murder. One by one, the murderers who killed his father are brutally slain, while Valentino has no clue who the “Water Pistol Killer” is. He doesn’t have any idea who is fulfilling this old vendetta. Now John Valentino is considered the prime suspect. And after every murder, next to each body, is a new stanza to the same poem…and a green, toy water gun.