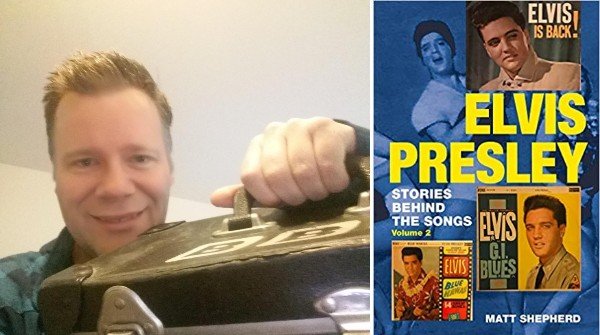 This second volume begins 60 years ago when Elvis Presley returns from the army, wondering if he still has a career and massive fan base after being away for two years. He needn’t have worried himself, the fans lapped up his new and more ambitious recordings. Songs like “It’s Now or Never,” “Return to Sender,” and many more sold in their millions, proving the King was back! Although many of Elvis’ countless solid gold hits feature in the book, the author is also keen to explore the lesser-known album tracks including the hugely underrated album “Elvis is Back,” which came out 60 years ago this year (2020). It is hoped the reader will look at each song in a different light—maybe they will go and play the lesser heard songs and appreciate them in a whole different way after reading the story behind that particular track. If it further builds on the fans’ knowledge about Elvis and brings around a bigger appreciation of Presley’s music, then the book will have achieved its purpose.