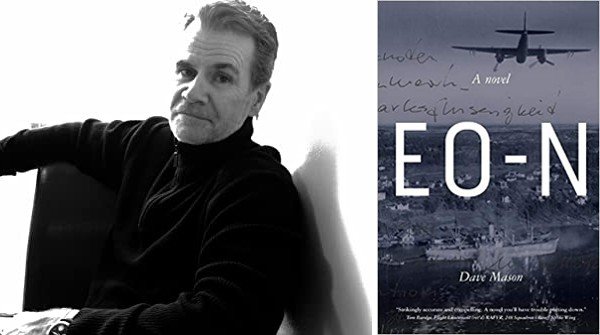 2019: Alison Wiley, a once-idealistic biotech CEO, is processing her new reality: she’s the last bud on the last branch of her family tree. On the heels of her mother’s illness and crushing death, a phone call from Scott Wilcox, a former combat medic turned government investigator, pulls her into a seventy-four year old mystery that begins beneath the surface of a Norwegian glacier.

1945: Squadron Leader Jack Barton, a cocky Royal Canadian Air Force pilot, flies combat missions over occupied Europe. Major Günther Graf, a war-weary and disillusioned Luftwaffe pilot, is trapped in the unspeakable horrors of Nazi Germany. Their paths, so different yet so similar, are connected by a young girl, a victim of appalling cruelty who may carry the promise of a better future.

As these five lives converge in a sweeping arc that takes readers on a tightly woven and gripping journey—from the destruction and cruelty of war to the relentless pressures of corporate greed—EO-N reminds us that individual actions matter, and that courage comes in many forms.