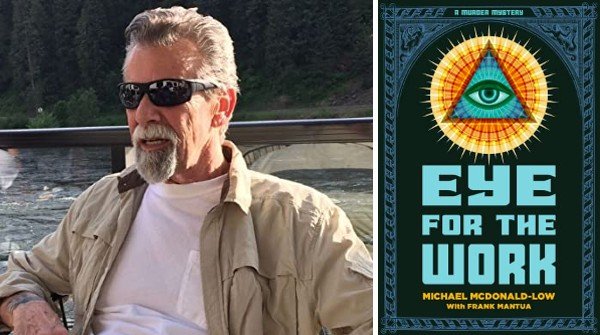 Eye for the Work

Blunt Force Vengeance.
Dr. James Galloway is a highly successful clinical psychologist whose overriding concern for his Alpha patients is that justice is served upon those responsible for their pain and suffering – they must be avenged to heal. His procedures are eccentric and carefully hidden.
They need to be for what’s coming.
An elderly nun from St. Peter’s has vanished. Thirty-six hours later, she’s found murdered at a park, her mutilated body hanging from a tree. The following week, an aged priest is killed and graphically displayed at the exact location. No evidence is discovered at either scene.
Galloway recognizes the killer’s maniacal style and metaphorical presentations, but he’s in no position to say anything to the police. It wouldn’t be the first time or the last; he has other Alpha patients in the process of healing.

About the Author: Michael McDonald-Low

Michael McDonald-Low is a former infantry officer who served in Vietnam in 1967-68 and was appointed by the Defense Prisoner of War Missing Personnel Office (DPMO) as the first-ever Southeast Asia Veteran Liaison. As the Veteran Liaison, he participated in South East Asia case analysis and reviewed background information and investigative reporting related to unresolved ground loss cases in Vietnam, Laos, and Cambodia; he has investigated some of America’s most challenging mysteries as documented in his non-fiction book, Unaccounted. McDonald-Low has an extensive writing background, having published extreme sports magazines for over twenty-five years.Terminal Impulses was his first novel, Down the River was his second, and Eye for the Work is his third novel.