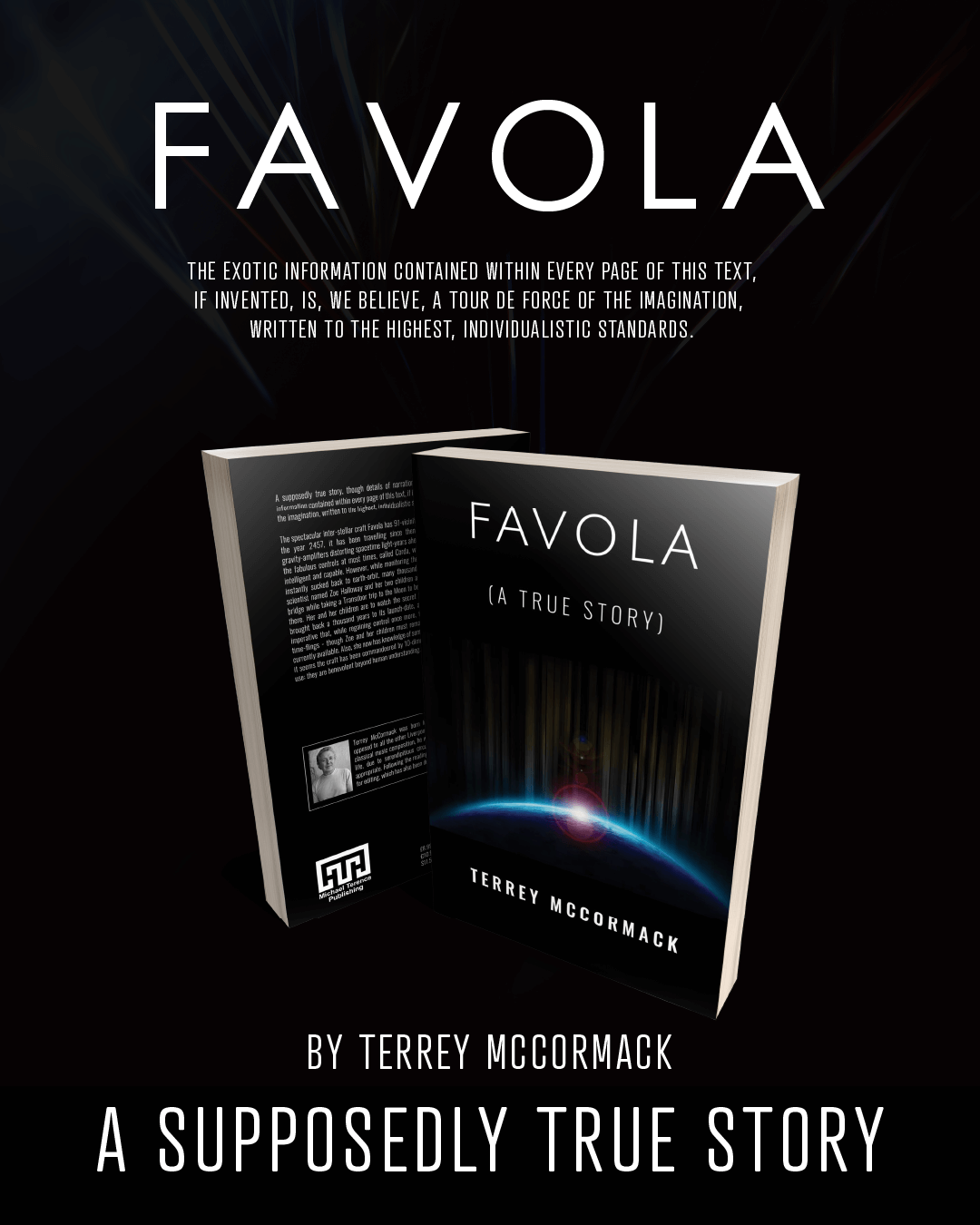 A supposedly true story, though details of narration remain undisclosed to us, the exotic information contained within every page of this text, if invented, is, we believe, a tour de force of the imagination, written to the highest, individualistic standards.
The spectacular inter-stellar craft Favola has 91-vicinities aboard. Launched from lunar orbit in the year 2457, it has been travelling since then for a thousand earth-years, its ten gravity-amplifiers distorting spacetime light-years ahead of it. There is an immortal android at the fabulous controls at most times, called Corda, who is benign in character, yet infinitely intelligent and capable. However, while monitoring the formation of a new planet, the craft is instantly sucked back to earth-orbit, many thousands of light-years away, where a female scientist named Zoe Halloway and her two children accidentally materialize on the awesome bridge while taking a Transdoor trip to the Moon to be with her brother, who’s been employed there. Her and her children are to watch the secret launch of Favola, which itself has been brought back a thousand years to its launch-date, all beyond its control. It then becomes imperative that, while regaining control once more, they quickly leave Earth due to further time-flings – though Zoe and her children must remain, as no means of returning them are currently available. Also, she now has knowledge of something that she shouldn’t have known, for it seems the craft has been commandeered by 10-dimensional beings – though not for military use: they are benevolent beyond human understanding.