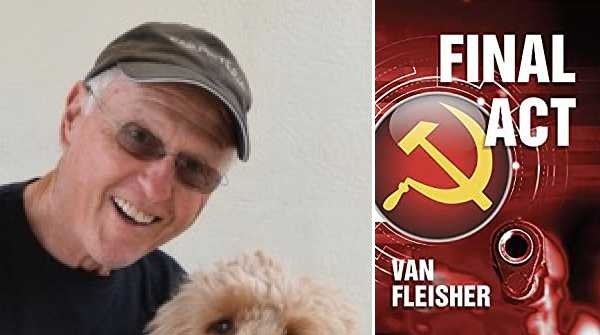 In Van Fleisher’s earlier novel, ‘FINAL NOTICE,’ Vijay Patel launched his technologically advanced VT2 fitness watch, a device that could analyze blood properties in real time and accurately predict the wearers’ death to a precise date. While Patel’s concept was conceived to allow users time to get their affairs in order, talk with family and friends, perhaps address a long thought-about bucket-list item, some receivers of their Final Notice decided to use their remaining time to right a perceived wrong or settle a grudge, with complete impunity.

Given USA’s easy access to guns and the NRA’s ongoing promotion of fear, America’s love affair with guns has continued to grow and fuel even more senseless murders by Final Notice recipients. Patel, stunned by the havoc his invention had brought about, worked in cooperation with Zoe Brouet of the FBI, to stem the violence associated with the VT2.

FINAL ACT picks up the story during an election year, promising more violence, particularly political, that will affect members of congress, justices, presidential candidates and more – with influence from interested parties outside the USA.

Van Fleisher has spun another fast-paced page turner that is bound to keep him on the best seller charts. FINAL ACT is a sequel on steroids that asks the question, “What might others do if they knew that you’d received your Final Notice?”. Laced with political satire, dark humor, assassins, suspense, and a dash of romance, FINAL ACT is a fast-paced page-turner that is, at the same time, a realistic reflection of modern society.